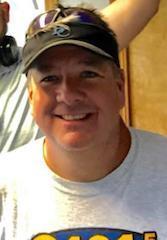 “Lord please watch over us in these crazy days.”

Those were the words that Morgan prayed when he was trying to explain to Rick that the world had changed, that it wasn’t the same anymore. This was during the first episode of AMC’s The Walking Dead- Days Gone Bye.”

Rick and Morgan were dealing with zombies. Our enemy is Covid-19, unchecked lawlessness in the streets, purveyors of injustice masked as social justice warriors, and complicit/incompetent political leaders aiding in the destruction of their own communities. Heck, battling zombies may be easier.

In dealing with all of the chaos of the last few months, I think we’ve all gone back and forth between good days and bad days, between hopeful optimism of the ultimate good in people to bouts of despair as we watch the nightly news. As spring gave way to summer, I identified and embraced three things that I would try to do that would help keep me centered and focused “in these crazy days.” One focuses ultimately on the eternal, the other the temporal, and the third on the tangible. I thought I’d share those with readers of this column. They are ranked in order of importance, at least for me.

The first thing I have tried to do was to draw closer to God and the promise of a much better life at the conclusion of this one. After all, this world is not our home. To be honest it’s not always easy. I have attended church for a decent part of my life, been a believer since I was a child, and have always prayed. Nevertheless, I have struggled as my attendance has lapsed and doubt has crept in as faith doesn’t always come naturally. Experiencing a dry spell in one’s prayer life is not uncommon for most believers. But our job is to persevere, to fight thegood fight. I have endeavored to do that more intentionally over the past few months. With unconstitutional government restrictions placed on churches early on, the virtual church became the norm, making a bad situation even worse. In my estimation, it is poor substitute product for real thing. Despite progressive revisionism that seeks to reinterpret Christianity for modern age, God does not change; people do. His eternal truths are constant, and they transcend the ages. When the world seems out of control, I try to remember God is our moral compass, our North star, our source of stability in a world that is always unstable.

For other times of general angst…"Thou hast made us for thyself, O Lord, and our heart is restless until it finds its rest in thee.”

The second thing I’ve tried to do has been to engage more politically. Many of you who know me are probably asking how in the world would it even be possible for me to do that? Yeah, I get that. However, there is a tendency for all of us (especially those with conservative political and social beliefs) to remove themselves from the environment and retreat amidst the daily onslaught that folks of my political persuasion routinely endure. Don’t do it. Getting fed up with things (culture, politics, government, etc.) is completely understandable and it is so tempting to go off the grid, so to speak. I have those thoughts often. To do that, though, would cede the politics and social terrain to those with whom we vehemently disagree and in some cases those who are intent on destroying America as we know it. Stand firm, be not afraid. I am not suggesting for everyone to suddenly become Facebook warriors for the cause- but if that’s is your thing then go for it! Be nice. For me, I’ve resurrected this column to offer my perspective on things. I engage on the radio, embrace political signage and such, and have been more diligent on contributing money to candidates and causes that I support. I’m not talking big money here. My reasoning is that if I can spend $50 on a restaurant meal, then I should be willing to support to a similar degree the candidates and causes in which I believe. Putting your money where your mouth is? Yeah, that’s what I’m talking about.

Finally, item number three is about preparation and resilience. No, I’m not going to stockpile MREs and build myself an underground bunker. However, I am going to be more intentional about self-defense and preparedness moving forward. We do live in crazy times, even crazier than normal, and people have a moral obligation to protect themselves and their families, at the very least. Think that sounds silly? Who would have thought that a significant portion of one of the two major political parties would enthusiastically endorse defunding and possibly disbanding the police? Could you have imagined a short time ago that government leaders in some jurisdictions would sit by and do nothing as rogue mobs and lawless hoodlums torched their communities? Violent crime is spiking in many areas across the country, property destruction is defended in some instances as “reparations” and "protest" and innocent law-abiding folks of all backgrounds are the victims. Acceptable behavioral norms of society are shifting, and the expectation of social stability and law and order are being challenged on multiple fronts. Prepare yourselves now for more difficult days ahead. For me, my personal arsenal of weapons is being updated and securing appropriate ammunition is now a priority, as well various other things. Educate yourself about proper firearm use and safety. Be sure your children (of the appropriate age of course) and those closest to you know the basics of survival and self-defense. Think about what that looks like for your family. Be prepared.

“People forget that when civilization ends, it ends fast.”