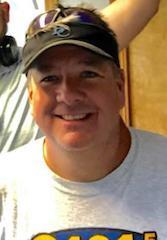 I have been confused for a while now, which will come as no surprise to my wife.  When the coronavirus came to America courtesy of Wuhan, China, politicians went into overdrive to shut down the economy and impose various restrictive measures on its citizens - all in the name of safety of course.

Now, let me stop you right there.  There may be someone reading this column right now who is getting ready to start yelling mean things at me:

“You don’t believe this virus is real!”

“You don’t care about other people!”

“You want the elderly and sick people to die!”

Obviously, these statements are ridiculous and based in fear and hysteria, not fact.  This virus is for sure “real” and should be taken seriously by all.  I personally know folks who have been impacted by it and I am well aware of the various numbers that are associated with the virus, its spread and mortality rate.  Simply because I may disagree with some of the “experts” and political leaders in how they have responded to the coronavirus doesn’t make me some kind of radical anti-government science-hating extremist.  It makes me a free-thinking American.

This leads me back to my opening statement about being confused about the coronavirus and the government’s response to it.  But, some of that confusion has been lifted this week after I saw the results from polling data collected by an organization called KEKST-CNC, a global corporation that works with clients on “the most high profile corporate situations” and also serves as a “trusted advisor to businesses, institutions and their leaders around the world.”

According to its COVID-19 Opinion Tracker, there is a significant gap in what people perceive about the impact of the coronavirus and the reality of what those numbers show.  The data is eye-opening to say the least.

Based on their research for the United States, those surveyed indicated that they believed 20  percent of the total population have had the coronavirus.  Centers for Disease Control and Prevention (CDC) data suggests that figure is around 20 times more that actual confirmed cases.  The estimated population of the United States is 328.2 million.  Perception:  Over 65 million in the U.S. have been infected with the coronavirus (20 percent); Reality:  A little over 4.5 million people have been infected (less than 1.5 percent).

Similar numbers are reported for how people view the mortality rate associated with the virus.  The KEKST research suggests that Americans believe around 9 percent of the population (29.5 million people) have died from the coronavirus, which is about 225 times higher than the actual confirmed total.  Perception:  29.5 million Americans have died of complications from the coronavirus; Reality:  Around 154,251 have died from the virus (less than .05 percent).

How can this be?  What could possibly be driving this wide discrepancy in what the numbers show and how people feel?  Personally, I don’t think we have to look far for that answer.  Large media outlets and their cohorts in the social media world regularly stoke fear, encourage panic and hysteria,and work tirelessly through their never-ending news cycle with wall-to-wall coverage of events that are designed to convince Americans that the sky is always falling.  Why do they do it?  Some for money, others likely for political reasons, a few probably to satisfy their anarchist desires.  If we fail to “unplug” from this merry-go-round then we can’t help but be impacted by it.  No one is immune.

Some people live their life by the oft-repeated phrase that “perception is reality.”  I understand why they believe this and it’s tempting to acquiesce to that position.  But, I want to push back against that common belief.  Perception isn’t reality - it can’t be.  If it was, then what is reality?  I choose to live in the world where reality is, in fact, reality.  To live in a world where how people perceive things as superior to how things actually are is step toward a dystopian future.  Ultimately, it could lead to government regulation of thought, affirmation of “two plus two equals five”(George Orwell’s “1984”), and possibly even to such outlandish demands as to abolish/defund the police.  Wait, we’re already there.

Postscript:  For the complete research report from KEKST, please click on the link below: