OPINION: The Government Comes to Dinner 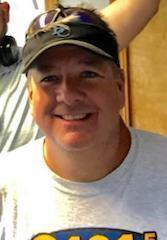 I read a newspaper article this week and I was perplexed.  I shook my head, repeatedly, as I struggled to comprehend both the content of what was being reported and the absurdity of it.  To be fair, that is a sensation I’ve felt many times since mid-March as the COVID-19 pandemic hit and I observed how some government officials responded to it.

A story in The Wall Street Journal (print edition) on Monday, November 16, detailed how many state governors and some city officials were seeking to impose restrictions on Thanksgiving gatherings.  These are official actions that carry legal weight, not simply recommendations.

For example, New York is saying no more than 10 people for indoor gatherings; North Carolina reduced a previous order for 25 down to 10; Massachusetts and Chicago, 10 apiece.  In Kentucky, Gov. Andy Beshear had previously issued Thanksgiving recommendations advising limitations but on Wednesday included a provision in his executive order limiting indoor social gatherings (i.e. Thanksgiving) to no more than 8 people from two households.

Hearing elected officials describe these actions to limit the number of people a family can have in their own home is chilling.  It gets even worse when these leaders are describing enforcement means of varying degrees in order to regulate personal gatherings in private homes.  Think about that for a minute.  A government entity feels completely entitled to tell you how many individuals you can allow in your home to eat a meal.  Equally frustrating is that most of these leaders are kicking the can down the road for local governments to figure out enforcement.  So, governors and mayors get to virtue signal and locals are tasked with the impossible.

Ultimately, this is how freedom is lost.  Tyranny comes, typically, not as an invading army but rather as a slight inconvenience and usually with the promise of safety, security. To be clear, I acknowledge the dangers of this virus, the significant threat it is to certain demographics, and its propensity to spread.  I have had and currently have family members who have struggled with the disease.  I am not a Covid-denier.  Thus, please refrain from sending me emails about how I am a cold, heartless killer who wants people to die.  That assertion and the mentality that produces it are both juvenile and absurd.

So, what should we do?  How about these basic steps:  Respect individual freedom.  Protect the vulnerable. Inform the public. Trust people.  Prepare for all contingencies.  Within each of these steps are a myriad of voluntary actions that can and will continue to make a difference as we battle the virus.  The power of persuasion and preparation is often more powerful than the force of mandate.

What should we not do?  Shut down certain private businesses in small communities across the country.  Close schools completely to any form of in-person instruction.  Have the audacity to presume, as a government official, that it is your job to tell free citizens how many people they can invite into their home.  Dictate how many family members can attend the funeral of a loved one.  Attempt to bully and guilt-trip churches into not gathering for in-person worship.  These are just a few examples and they can be done responsibly in a way that balances both freedom and safety.  The negative consequences of these types of restrictive measures are significant, though they may not appear on a dashboard or be mentioned at a press conference.

Hopefully 2021 will bring a safe and effective vaccine.  In the meantime, enjoy your friends and family this Thanksgiving in whatever format you believe is best for your loved ones.  Be respectful of others.  Make good decisions.  Stay safe. Support local establishments that have been harmed with this latest round of arbitrary measures.  Go to church - in-person if you have that option and you feel safe in doing so.  And, if you happen to get in the mood for some in-person dining, you may want to head across our state’s southern border.  Pretty sure I will.