OPINION: Dr. Gary Houchens - Beshear has been abusing executive power since day one 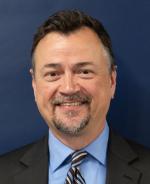 Many Kentuckians are shocked today after Gov. Andy Beshear issued an executive order shutting down all public and private K-12 schools for the next two weeks in response to the increase in COVID-19 cases, along with a host of other restrictions on private businesses. Without offering a shred of evidence that schools (or restaurants, for that matter) are the source of the virus spread, the Governor is crushing the livelihoods of untold numbers of Kentuckians and further acclerating the massive learning loss so many children are experiencing because of hybrid or fully online schooling mandates.

The Governor's actions should really come as no surprise. He has demonstrated a desire to misuse his authority from his very first day in office, when he issued an executive order illegally firing me and all other members of the Kentucky Board of Education so that our replacements, appointed by Beshear, could fire Education Commissioner Wayne Lewis, which they did in a matter of days.

What was the grave sin committed by Commissioner Lewis and other members of KBE that justified our removal in Beshear's eyes? We were insufficiently "supportive of public education" because we believe that every family, regardless of income, should have some choices in who educates their children - the kind of choice that now seems extremely important in a time when it's clear that not every school can meet the needs of every child.

This blatantly political power grab destroyed the independence of the Kentucky Board of Education, which was established under the Kentucky Education Reform Act of 1990 to operate with a distance from political influence. While KBE members are appointed by the governor, they serve staggered four year terms, insuring that a single gubernatorial election cannot completely wipe out the board. Board members serve the people of the Commonwealth, not the governor, and hire the Commissioner to work for them and their agenda, not the governor's.

That policy of sheltering the education system from rank partisan politics was destroyed on Beshear's first day in office, and upheld by state courts that erroneously applied a previous court ruling irrelevant to this particular case.

That left the matter in the hands of the state legislature, which did...nothing.

Perhaps lawmakers were reluctant to pick a fight with the new governor, or maybe when COVID hit they felt they could do nothing but pass a budget and wanted to give Beshear the benefit of the doubt in handling the crisis. For whatever reason, they chose to neither deal with his mishandling of the Kentucky Board of Education nor rein in his power to issue executive orders in general.

Months later, we are dealing with the results. Potentially for weeks ahead, local authorities will have no power whatsoever to use local data to make decisions about schools or businesses and how to handle the spread of COVID in ways that best address community needs.

Meanwhile, the fact that the Kentucky Department of Education is under Beshear's thumb is on full display. Commissioner Jason Glass, who was hired by Beshear's "new" board, promptly issued guidance threatening superintendents and board members with disciplinary action and removal from office if they defied the Governor's orders.

Why would we expect KDE or KBE to operate as anything other than a division of the Governor's office? He has established the precedent that if the Commissioner or board members defy him, they can be summarily dismissed and replaced.

Kentuckians have only one recourse to rein in Governor Beshear's persistent misuse of executive power: they must demand that on day one of the 2021 legislative session, the General Assembly should amend the law revoking his ability to issue such broad and potentially devastating orders. Local authorities should make decisions for their local communities, and this should be the law of the Commonwealth.

At the same time, we should demand that lawmakers reassert the independence of the Kentucky Board of Education.

There are two ways to do this. Either the Governor must be prohibited from removing board members prior to the end of their terms without just cause, or KBE members should be directly elected to represent constituents in their districts. These are the only mechanisms to insure an education system largely independent of direct political influence.

Otherwise, we should abandon the whole concept of an independent KBE and abolish the entity altogether, letting each governor pick his or her own Commissioner of Education. But we are witnessing right now what giving governors unlimited power can do.

It's time to let your state senators and representatives know you are ready to protect the education system from this governor's hunger for ultimate power.

Dr. Gary Houchens, a former teacher, principal, and school district administrator, now serves as Professor of Educational Administration in the School of Leadership and Professional Studies at Western Kentucky University. He has served as a policy advisor to several education reform organizations and was a member of the Kentucky Board of Education from 2016-2019.