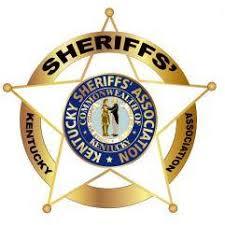 The Ohio County Sheriff’s Office is asking the public to help them find any female who got a tattoo from a man who has been indicted for multiple sex crimes involving children.

George Clapp, 40, of Hartford, was arrested on multiple outstanding felony warrants on Oct. 7, when deputies from the Ohio County Sheriff’s Office, Hartford Police Department and Kentucky State Police converged on a home in Hartford, according to a news release from the sheriff’s office.

Authorities got a search warrant for Clapp’s electronic devices, and detectives found child pornography including “multiple images and videos of minors under 12 years of age, as well as non-consenting adults,” the news release stated.

Several new felony charges were added as a result of the investigation, the sheriff’s office said.

The sheriff’s office said that during the course of the investigation, authorities learned that Clapp allegedly “has been giving tattoos to multiple people around the tri-state.”