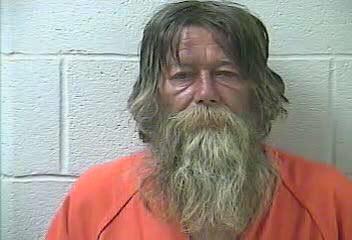 On 07/17/2019, the Ohio County Sheriff's Office responded to a burglary complaint at the Pleasant Grove Church on Askins Road in Fordsville. It was discovered that entry was made through a side window. While inside the church, the offenders heavily vandalized it. Upon speaking to neighbors, receiving several calls from members in the community and observing video surveillance in the area, the Ohio County Sheriff's Office obtained arrest warrants for two (2) males: Earling George Iverson III and James Ray Howard, both of Evansville, Indiana. The two males were last seen in the Leitchfield area and were released from the Daviess County Jail the day before the burglary. If you know the whereabouts of either of these individuals, please contact the Ohio County Sheriff's Office at 270-298-4444.