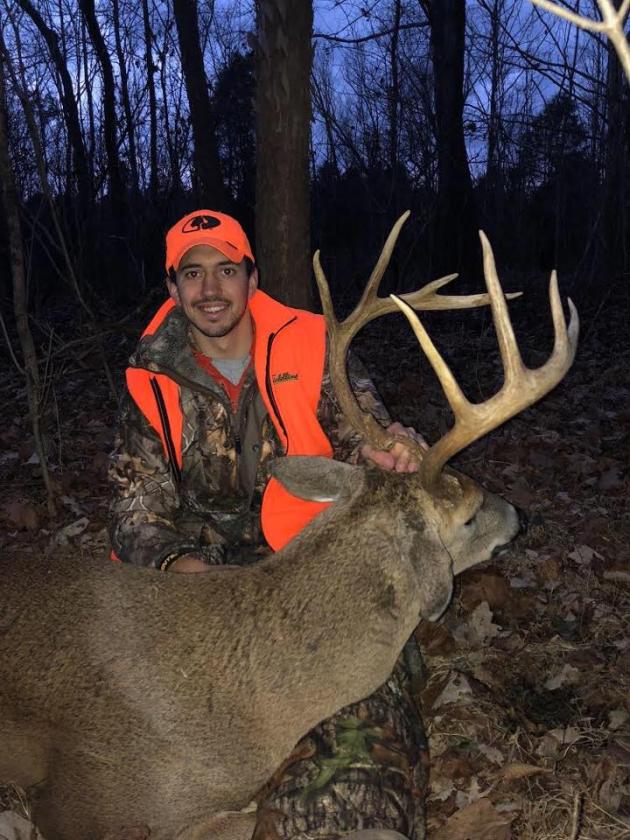 “We anticipated an increase in harvest for the season due to several changes in deer regulations implemented earlier this year,” said Gabe Jenkins, Deer and Elk Program coordinator for the Kentucky Department of Fish and Wildlife Resources.

The Kentucky Fish and Wildlife Commission proposed the regulation changes after several meetings with deer hunters, officials and other stakeholders from across the state. The changes included expanding the modern gun deer season to 16 days statewide, which added six additional hunting days in some areas. Other changes adjusted statewide and youth deer permits to allow for the harvest of up to four deer and reclassified 32 counties to a less restrictive zone.

While the harvest in the season’s first 10 days was average compared to recent years, there was a significant increase in the final six days thanks to the statewide expansion.

“It’s obvious hunters took advantage of the last six days because 23,553 deer were checked in that timeframe,” Jenkins said. “The 10-year average for the last six days of modern gun season before this year was 15,429.”

Biologists will analyze the effects of the regulatory changes, including adjustments for counties hardest hit by last year’s epizootic hemorrhagic disease (EHD) outbreak, and additional statistics on the statewide deer harvest will be made available after archery deer season ends Jan. 21, 2019.

In addition to archery season, crossbow deer season is open now through Dec 31. The late muzzleloader season runs Dec. 8-16, and the free youth weekend is Dec. 29-30.

As a reminder, hunters may take as many deer as allowed for each zone but must purchase an additional deer permit to take more than four deer statewide. The statewide limit for antlered deer remains one per hunter regardless of zone, method or season.

“Hunters who haven’t filled their freezers and aren’t ready to put everything up until next fall might want to consider donating a legally harvested deer through Kentucky Hunters for the Hungry,” said Roger LaPointe, executive director of the non-profit organization. “It’s a way hunters can help curb hunger and malnutrition in our state.”

Kentucky Hunters for the Hungry works with processors to donate venison to people in need at cost to hunters. Visit kyhuntersforthehungry.info for instructions on how to donate a deer and for a list of participating processors.

Hunters donated almost 1,000 deer in 2017, translating to almost 40,000 pounds of ground venison and up to 300,000 meals provided in soups, stews and sauces for Kentucky families. Kentucky Hunters for the Hungry hopes to double the number of deer donated to the program.