Natcher Parkway upgrade to I-65 spur in road plan 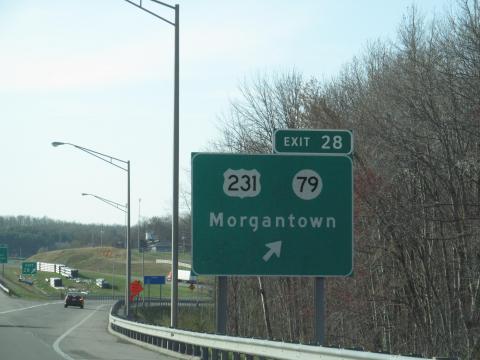 Converting the William H. Natcher Parkway to an I-65 spur between Owensboro and Bowling Green has gone from a dream to something that Kentucky Gov. Matt Bevin wants to happen, and soon.

On Tuesday, Bevin submitted his 2016-22 Recommended Highway Plan to the state legislature. In that plan, a total of $66 million in construction funds is spread over Daviess, Ohio, Butler and Warren counties to "Upgrade the Natcher Parkway to interstate standards in order to establish the I-565 spur route between Bowling Green and Owensboro."

The money is to be spent between 2017 and 2022 on the upgrades in the following manner:

Put another way, within seven years under this plan, I-565 signs will adorn what is now the Natcher Parkway, with a series of upgrades to interchanges, shoulders and various other aspects of the four-lane, divided highway making it compatible with any other interstate highway and finally providing the interstate connection Owensboro officials have sought for years.

"That is wonderful, wonderful news," said Owensboro Mayor Ron Payne, who has argued strenuously for interstate connectivity for Owensboro and Daviess County. "I'm pleased the governor understands the impact of this on western Kentucky. It's just delightful news."

Sen. Joe Bowen, an Owensboro Republican, said efforts by him and others to gain Bevin's support for I-65 spur status for the Natcher Parkway stretch back to last year's gubernatorial campaign.

"He understands how infrastructure impacts commerce in Kentucky," Bowen said. "I celebrate this, but it doesn't surprise me."

However, it was unclear Wednesday if the $66 million listed as funding for the Natcher spur conversion will be enough. Previously, the design costs alone for the upgrades was set at $11.1 million. And in 2014, the Palmer Engineering report stated that it would cost $243 million to upgrade the Natcher Parkway from Bowling Green to the Natcher Bridge at Maceo to interstate standards.

But Bowen said the figure of $66 million is not out of line with what he has heard about the cost of the upgrade, with federal officials likely waiving some requirements.

Bowen said local Owensboro area legislators worked first to keep existing highway projects in the previous six-year plan in place. "Then make a big push for an I-65 spur," he said.

The strategy apparently paid off. Another major project in Daviess County, the widening of Kentucky 54 from U.S. 60 eastward through that rapidly expanding area is in the six-year plan, with $13 million for right-of-way acquisition in fiscal year 2017 (beginning in July), $17.73 million for utility relocation the following year and $33.75 million in construction funding in 2019-20, for a total of $64.5 million. Also, a $3 million project to widen Kentucky 81 to four lanes as it approaches the Kentucky 56/Kentucky 81 roundabout remains in the plan.

"This plan provides a common sense approach to prioritizing our infrastructure needs over the next few years," Bevin said in a news release. "We must be accountable to our citizens by investing in transportation projects that promote safety and economic opportunity."

Bevin's recommended six-year road plan may not be the final version. The House and Senate can make changes before a final plan is approved.

Reprinted with permission from the Kentucky Press Association

By Steve Vied
The Messenger-Inquirer