My Daughters of the American Revolution (DAR) Patriot 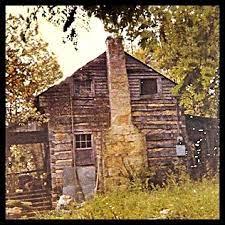 Moses served as a private in Captain Timberlake's Company C in Albermarie Guards Regiment of Virginia commanded by Colonel Francis Taylor. He enlisted at the age of 45 and served 60 days. His name appears on the payroll of that organization covering the period from April 1 to June 17 _ (paper torn off the last two numbers of the year).

In 1794, at the age of 65, Moses Taylor began selling property in North Carolina, which consisted of 800 acres of fine farmland located mostly along the south side of the Neuse River in Craven County, North Carolina. Moses had lived there since 1756. His family made plans to start for Kentucky in early 1795. There was a large party of about 40 people consisting of family and neighbors who left February 1795. They came in wagons pulled by oxen, some rode horses while others walked. They crossed the Yadkin River country into Tennessee and traveled the Wilderness Road into Kentucky, through the Cumberland Cap. Below the Cumberland Falls they built 13 barges, or flatboats, and traveled the Cumberland River, then the Ohio River to the mouth of the Green River. They went up the Green River to their destination near the mouth of the Gasper River in what would become Warren County, Kentucky. Moses’ farm is now located on highway 231 at Gasper River Bridge, about 10 miles from Bowling Green. Their journey to Kentucky ended in April 1795. They Traveled 1,280 miles in 45 days. They staked their claim to the land, cleared the land and used the timber from the flatboats to build their cabins. It is said that in less than 60 days they had their first crops in the ground.

Moses Taylor was born in 1729 in Craven County, North Carolina. He died 23 March 1819 in Warren County, Kentucky. He married Elizabeth Prevette in 1764 in Craven County and they had twelve children, five girls and seven boys, two of which became Baptist ministers, as did Moses. It is said en route from North Carolina, the whole Taylor family were converted to the Baptist faith. Moses was a generous man with his children as he helped them all get established. Three of them came to live in Butler County.

Elizabeth, Moses’ wife, died in march 1833. She and Moses were buried on their farm near the Gasper River in Warren County. A flash flood through the area in 1865 caused their tombstones to fall into their collapsed graves, so all the family tombstones are gone.