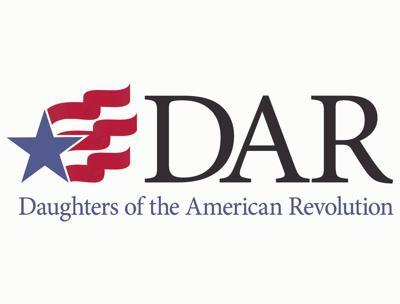 My DAR Patriot is Colonel William Edmiston who served in Virginia. It was easy for me to join as my patriot’s service had already been proved by my mother Dorothy Moore Kent. She was a charter member of the original Butler County Chapter in the early 1950s. I remember she had to have some of the ladies from the Samuel Daviess Chapter in Bowling Green sign her application for membership as the chapter was new.

Now a bit of history about Colonel Edmiston. William was born about 1736 in Maryland. His family then moved to Virginia in Rockbridge County. They were not large land owners so William and his brother Samuel decided to explore the lands of southwest Virginia. Because the Indians were a real threat to safe travel the brothers enlisted for 3 months in a British regiment whose charge was to protect the frontier.

During this time William, who was not familiar with the formalities observed by British soldiers, made the mistake of speaking to an officer without removing his hat. This resulted in his being severely rebuked. William considered this degrading and after retreating to his comrades, threatened to get even. Samuel had great difficulty preventing his older brother from carrying out his threat. Col. Christian, an officer who knew William, wrote to Governor Dunmore that he had a high spirited soldier in his corps, who unless he made him an officer was likely to do mischief, William’s commission arrived very soon after.

William, who eventually served as an ensign, received a warrant for 2000 acres in Fincastle County (now Washington County) for his service in the French-Indian War. William would sell off land but later received another land grant of over 500 acres for his service.

Judge Benjamin Estill, the stepson of Samuel Edmiston, expressed these thoughts on William in 1845: “I knew Col. William Edmonston most intimately; and can say that from all I have of his history as well as my knowledge of him, that few more gallant and honorable men ever lived in any country and that to such gallant spirits this country is indebted for its independence and to few more than him. To such men statues have been erected in other countries, yet his name and service are likely to pass away without notice or recollection, than that bestowed by his acquaintances.”

William’s first marriage was to Margaret Montgomery of Virginia. From this union came Margaret Edmiston who married Robert Harreld born in Virginia but who died in Butler County Kentucky in 1824. A son John Hines Harreld had a daughter Elizabeth Harreld who married John W. Moore in Butler County in 1844. They had a son Jerome Moore who married Nancy Albina Hampton, the grandparents of my mother, Dorothy Moore Kent.

The National Society Daughters of the American Revolution is a service organization. Membership is open to any female who can prove her lineage to someone who gave service during the American Revolution. Butler County Chapter meetings will begin again on March 26, 2020 in the Butler County public library. For more information contact Regent Lynda O’Driscoll on Facebook@ Lynda Hammers O’Driscoll. Just send a message or you can call her at home at 270-934-2076. Leave a message and she will return your call.

America 250! When you join the DAR, you enter a network of more than 185,000 women who form lifelong bonds, honor their revolutionary ancestors and promote historic preservation, education and patriotism in their communities. The goal for the next few years is to increase the membership to 250,000. In an effort to further that initiative the Butler County Chapter NSDAR will be submitting a series of articles about our Patriot ancestors.