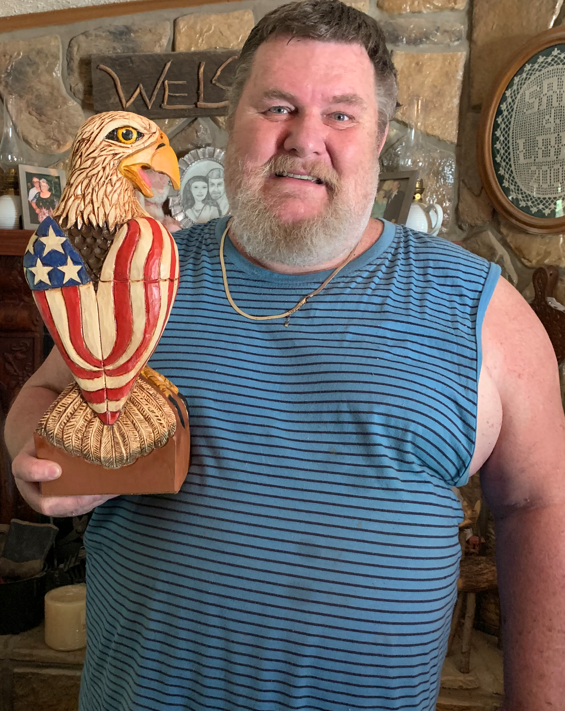 Nestled in the southern tip of Butler County resides Sam Gentry. I originally went to interview Sam about his wood carvings, but while there I learned he was capable of so much more.  His home is a museum of carved art; from his hand carved mantel piece, to the mural he is currently painting on his wall, his house breathes art.  He can literally carve anything, even food. Yes, Sam is also a culinary artist.  I don’t know how much better you can get than being able to appreciate and eat a piece of art at the same time! 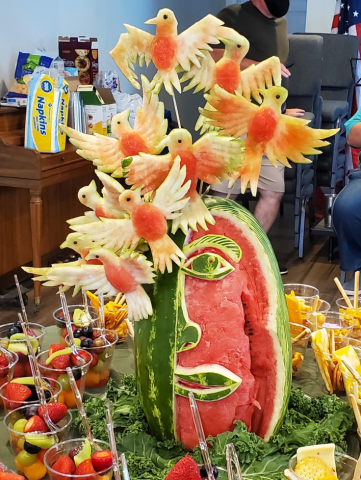 At the age of eight years old, Sam received his first pocket knife from his grandfather.  Back in the day, much like a Norman Rockwell painting, old men would shoot the bull with each other on the courthouse lawn and whittle.  While sitting watching the others work their pieces of wood into various things, Sam too began to learn how to create. Now forty-eight years later Sam is still whittling wood and has created a living doing what he loves.

The fact that Sam’s work is currently booked for the next eight months speaks volumes to his skills especially with the fact that he does not advertise his services.  All of his clients come to him by word of mouth.  His pieces are scattered across the United States and a couple have even found their way overseas.

Sam’s a very interesting individual to talk to as well.  If you have time to sit down and listen, he can enthrall you with stories of his life as a culinary chef to the stars of Nashville, his mishaps as a semi driver, and the stories behind all of his carved pieces.  One trade remained constant throughout his life and that has been his ability to whittle. His whittling skills has enabled him to create ice sculptures, fruit sculptures, and he has even dabbled in chainsaw art.

Butler County may be rural, and some complain of living in a small town, but it is so much more than that.  Not all who live in a small town came from one, but they have lived enough to understand the value of a small town, and that’s why they value their solitude.  Sam’s one of those guys, and I truly do appreciate him and his family welcoming myself and my daughter into their home for this interview. 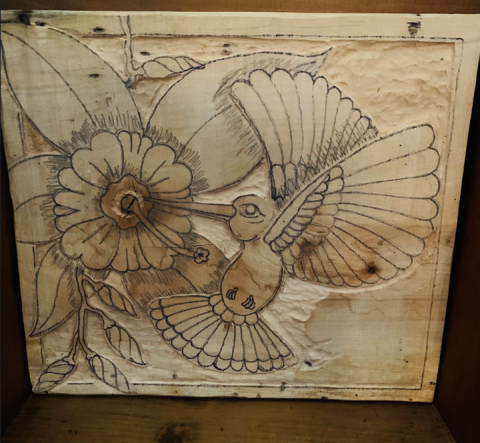