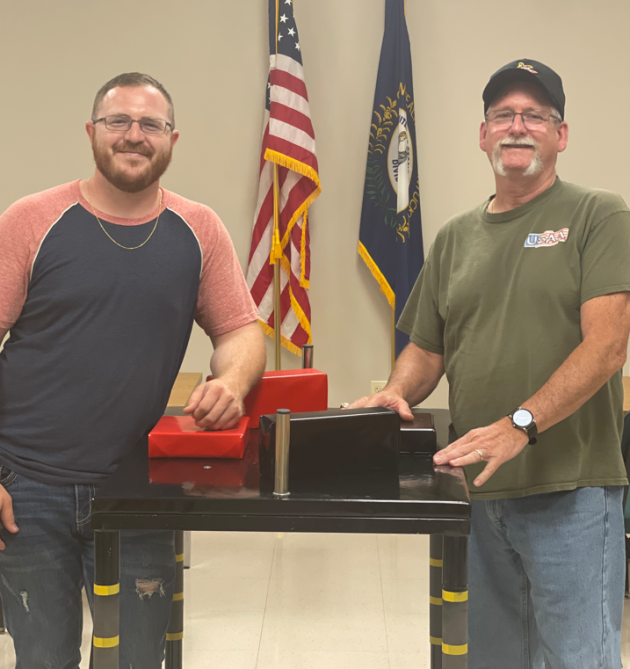 Arm wrestling is one of the oldest sports in history dating back thousands of years and has fluctuated in popularity throughout the centuries and is now making a comeback again.  Local resident A.G. Van Fleet has had a growing interest in arm wrestling for a few years now, finally competing in his first competition this year. Not only does he truly love the sport, but he also wants to share it with others and introduce them to arm wrestling as well. 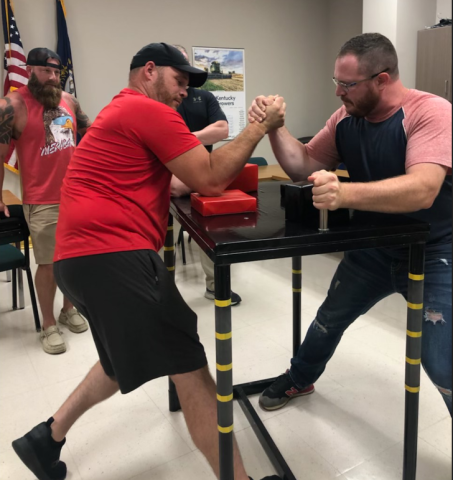 A.G. met Mr. Jim Mitchell while competing in his first competition in St Louis, Missouri.  Mr. Mitchell was there observing the competition and stepped in as an impromptu coach, helping A.G. through his first match. A.G. took first place in his amateur weight class and third place in the open weight class he was in.  This happenstance meeting has grown into a friendship and now Jim Mitchell is his mentor. 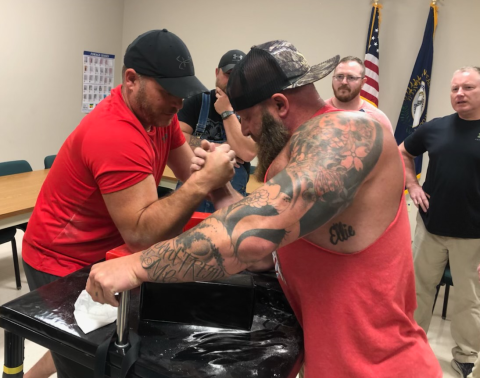 Saturday, July 9th at the Butler County Extension office, A.G. Van Fleet arranged for Jim Mitchell from Riverton, Illinois to come and speak on the sport of arm wrestling, techniques, and the general history of arm wrestling. With an arm-wrestling table set up, people who came to meet with Jim were coached on technique, critiqued, and given hand on experience with positioning. 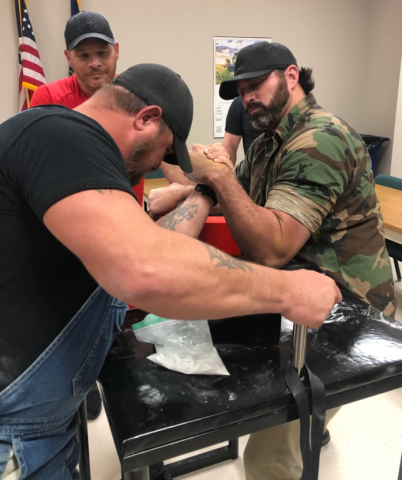 Mr. Jim Mitchell has been competing professionally in the sport since 1978, competing nationally and worldwide.  Not only has Mr. Mitchell been a competitor, but he has also been a referee at these levels as well. With his forty-four years of experience competing, coaching, and refereeing, he has accumulated a wealth of invaluable knowledge that he was able to share with those that came to hear him speak. 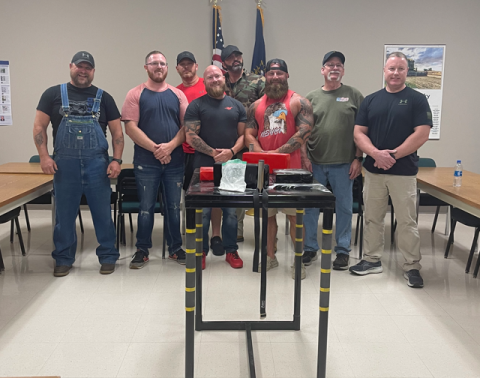 As you can tell from the pictures all who participated enjoyed themselves and learned a lot.  If you are interested in competing in arm-wrestling and/or joining a team, please reach out to A.G. VanFleet via his Facebook page and he will be happy to point you in the right direction.