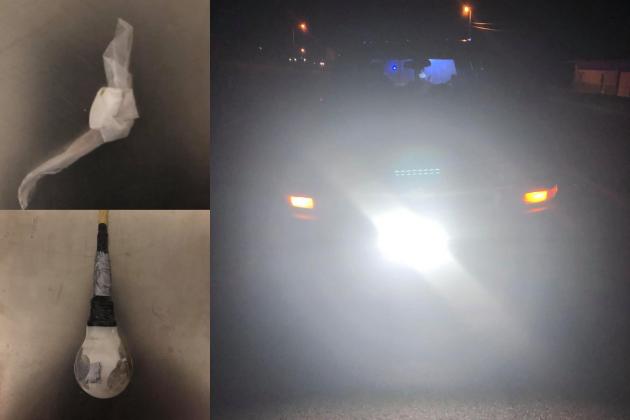 On May 2, officers of the Morgantown Police Department conducted a traffic stop on South Main Street for a vehicle with no working headlights.

Upon speaking with the driver of the vehicle, Michael Pound, DOB 9/30/81, it was discovered his operator's license was suspended.

After requesting Pound step outside of the vehicle, a small plastic baggie could be seen in plain sight in the driver's side seat with suspected methamphetamine. Upon further search of the vehicle, a "makeshift pipe" made from a light bulb was also discovered.

Pound was arrested and lodged in the Butler County Jail for the following charges: Possession of controlled substance first-degree - methamphetamine; operating on a suspended license; no headlights; and four active warrants from Butler County.