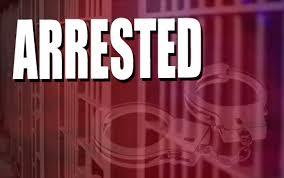 On Monday, February 10, 2020, at approximately 8:20 p.m., Morgantown Police officers were dispatched to the area of 408 Forest West Street regarding several complaints of a disorderly male subject.

Upon arrival, officers made contact with Russell Dale Warner (DOB 03/12/9)1.

Warner was half-dressed and was observed beating on the front of one of the apartment buildings while yelling obscene language. He charged at responding officers and eventually began swinging closed fist punches to avoid apprehension. One of the officers was struck by Mr. Warner, who was arrested after a brief struggle.

Warner was manifestly under the influence of alcohol and was deemed a danger to himself and the public. Once at the Butler County Jail, Warner assaulted another officer before being booked.