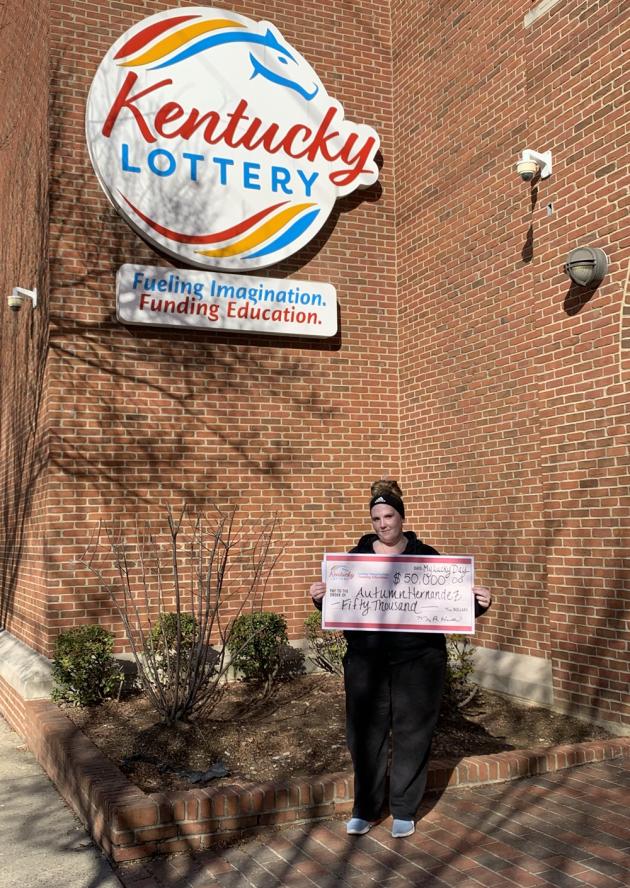 A Morgantown woman received a much-needed payday after buying a Payday scratch-off ticket.  Autumn Hernandez stopped at 231 Food Market in Bowling Green last week where she bought four of the $5 tickets.  “Those tickets were calling my name,” she said.

Rather than scratch the tickets off, Autumn scratched off the barcode and scanned them using the Kentucky Lottery app on her phone while sitting in her car to see if they were winners.

“I didn’t know what I was doing.  I scratched everything off to see how I had won. I couldn’t believe it. I started to cry and was screaming at the top of my lungs,” Autumn said.  She had her six-year-old son with her who was also crying from the excitement.

On her winning ticket she matched numbers 32 and 39 (2 times) where located below was a $10,000 prize.  In addition, in another spot on the ticket, she also revealed a coin symbol indicating the $10,000 prize located below be doubled, winning the game’s $50,000 top prize.

Autumn told officials she checked her ticket about a thousand times between the time she scratched if off and when she claimed the ticket yesterday morning at lottery headquarters in Louisville.

After taxes, Autumn received a check for $35,500.  The retailer, 231 Food Market will receive a $500 bonus for selling the winning ticket.

“It’s truly a blessing and came at the right time,” she told officials.