From Morgantown to Valparaiso - "Cash" takes an unexpected trip 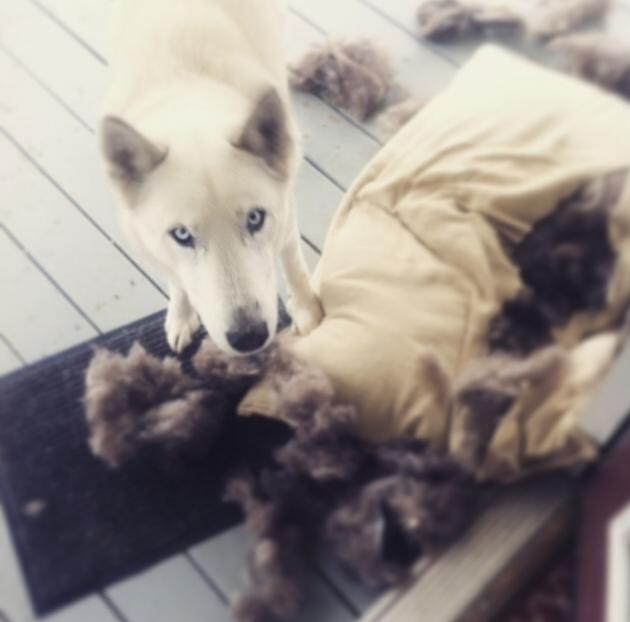 Leslie West, or Morgantown, was doubtful.  It just didn't make any sense.  After all, how could her dog Cash, who has a bad hip, travel from Morgantown, Kentucky to Valparaiso, Indiana in a matter of hours?  When the mysterious caller on the other end of the phone line provided information and then sent a photo, the adventures of Cash started to unfold.

Cash is a white Siberian Husky.  He roams the neighborhood from their home in Sha-Ro-Ley and frequently makes the rounds down by New Image Car Care, J & S Motors and the Shell station (formerly Jumpin' Jacks Market). West received a call at around 10:30 p.m. on Monday, December 29, asking if she was missing a dog.  She had last seen Cash that morning. However, he wasn't around that night but, according to West, that wasn't particularly uncommon.  Cash was a wanderer.  West's first thought was that this must be some kind of prank call.  When pressed for the details, the man read from the dog's collar and then even sent a photo to West.  The man identified himself as a driver from Jimmy John's, a company that specializes in gourmet sandwiches.  And the kicker was that he was calling from Valparaiso, Indiana - a roughly six-hour trip and over 350 miles away.  The Jimmy John's driver saw Cash trotting down the street and suspected that he was lost.
Apparently, Cash has hitched a ride from one of the truck drivers at the Shell station.  West believes that Cash was actually "dog-knapped" since his hip ailment would have prevented him from jumping into a vehicle, especially a tractor-trailer.
After seeing the photo, West confirmed that the dog was indeed Cash.  As fate would have it, West had family in Indianapolis, Indiana and arrangements were made for them to retrieve Cash.  The dog was picked up on Wednesday by Leslie's mom, Anita Minton, and returned home.
"We are thankful for the Jimmy John's driver for finding Cash," said West.  "It's so important to have a collar on your dog."
Since that trip to Indiana via tractor-trailer, Cash's life has taken another turn.  Once back in Morgantown, he left his Shay-Ro-Ley home on at least two additional occasions.  Cash was found once at Corvac and another time on Stephen's Chapel Road.  Fearing that it was just a matter of time before Cash got hit on the road due to his traveling ways, the West family made the tough decision to find him another home.  Ultimately, they found a rescue site for Huskies in Winchester, Kentucky.  It proved to be the perfect home for Cash.
"It has a big yard to play in and now Cash has a brother and sister - both Siberian Huskies," said West.
Although the West family will miss Cash, their wayfaring family dog, they are grateful that he is now safe and secure.