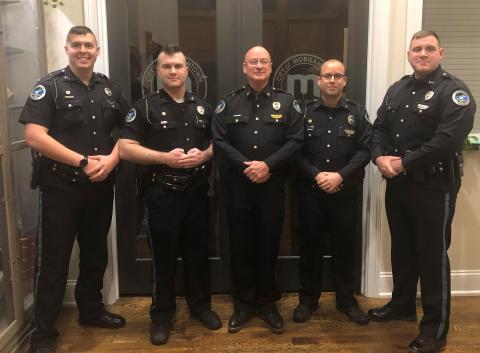 All required training was completed and all state audits were passed.

The department completely replaced their weapons systems, long guns and side arms.  The rifles were 50 years old and belonged to the Air Force.  So, for the first time the police department actually owns it own completely modern patrol rifles.

Each officer has an active shooter kit which includes heavy armor, and completes monthly active shooter training which coincides with lockdown drills at school.

All patrol mobile computers were upgraded and the operating system of the patrol office computer was upgraded in preparation for NCIC in 2020.

“In August I introduced the idea and it was received favorably and informed that if it was successful it would be adopted at the state level. In October we modified juvenile operations policy and launched the program, school reporting began and we had immediate positive response. KSP introduced a modified version of the program at all posts statewide thru KYOPS,” said Chief Taylor.