Morgantown Mayor Reconfirmed on KLC Board 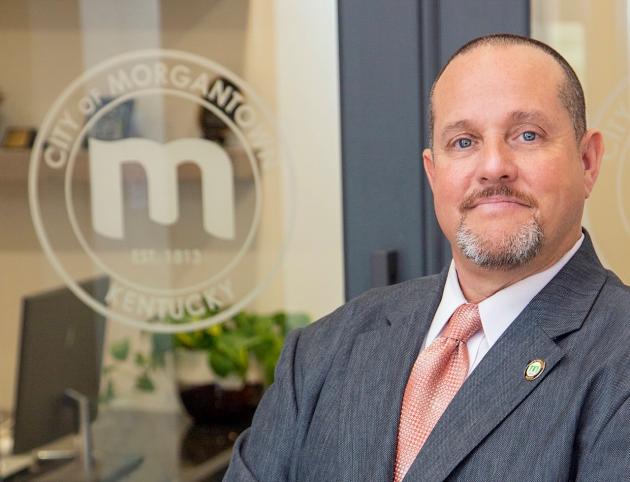 LEXINGTON, KY – Morgantown Mayor Billy Phelps will serve on the Kentucky League of Cities (KLC) Board of Directors for another year. KLC membership elected Mayor Phelps to the Board in 2018 and again in 2020. Each term is for two years.

The 66 people on the KLC Board of Directors develop a legislative agenda every year, provide legislative strategy, and review policy issues. The Board consists of elected city officials and representatives of organizations that serve cities.

Phelps has been the mayor of Morgantown since 2015, after spending two decades as a police officer and nearly five years as the city’s police chief. “I am grateful for the opportunity to serve on the KLC Board of Directors as it gives the City of Morgantown a seat at the table as we discuss legislative issues that impact the community,” he said. “KLC is a respected entity in Frankfort, and I appreciate the fact that KLC members have entrusted me with being a part of that united voice.”

“Mayor Phelps is an important contributor to the Board, and I am glad we will continue to receive his input for the coming year,” added KLC Executive Director/CEO J.D. Chaney. “We are successful in our mission because of the public officials who passionately support their city and those across the state.”

The Kentucky League of Cities, a nonprofit member organization for Kentucky cities and municipal agencies, has been in operation since 1927. The League provides cities various services, including legislative advocacy, legal guidance, training, economic development, financing, and research.