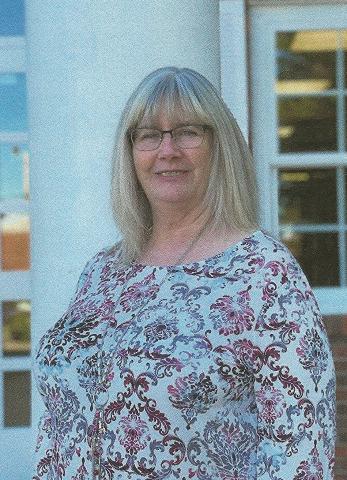 Butler County is home for Suzanne Brosnan. Born in Warren County her family moved back to Butler County before Suzanne was six years old. Suzanne is the daughter of Bernice O. Phelps and the late J.C. Phelps. She was raised on Dunn Store Road in Butler County along with her five brothers and sisters; Vickie Hutcheson (late husband Charlie), Kevin Phelps (wife Debi), Howard Phelps (wife Melinda), Penney Wallace (husband Mike), and Mike Phelps (wife Shelia). Suzanne and her husband Tommy graduated from Butler County High School in 1980. Suzanne earned an Associate’s Degree in Information Systems from Western Kentucky University in 1996. She remembers the first time she ever worked with a computer was in a class at Western and the computer filled the room. Suzanne has always loved math and numbers which has colored her entire working career. Her first job working with the public was in the unemployment office through a summer youth program. This introduction into public service led her to be hired part time with the Butler County Judge Executive’s office in 1981. Before working in the PVA office she worked for in the judge’s office until 2006. During her tenure with the office she served as the Secretary Finance Officer and Deputy Judge Executive. After becoming Chief Deputy PVA eight (8) years ago, she became a Certified Kentucky Assessor (CKA) and Senior Kentucky Assessor (SKA). She also completed a real estate class through WKU. Suzanne enjoys getting to help people anyway she can within the bounds of the law. She is very passionate about educating the public about what the elected officials do. Suzanne and Tommy married in November 1982 and reside in the Provo Community where Tommy grew up. They have two daughters, Fawn and Fallon, whom they have felt fortunate to be able to raise in Butler County. Suzanne is treasurer and Sunday school teacher at Monticello Baptist Church where their family attends. Her entire working career has been in service to Butler County. Together her and Sherry Johnson support as many non-profits as they can. They visit local Rural Development Clubs, they support the Arts Guild, the fire departments, the schools, they love sponsoring Thanksgiving baskets, helping with the back to school bash, the supporting the elders at nursing home. A special treat for them was witnessing the elder produced play, “Wendy’s Neverland,” back in the spring. Together Sherry and Suzanne love recognizing special and significant birthdays of some of Butler County’s oldest citizens. After 38 years of public service Suzanne continues to serve the people of Butler County by being available, caring, honest, and dependable.