A Message From Brett Guthrie 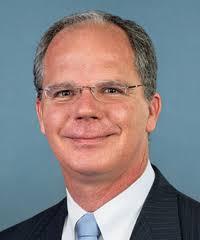 Our country is at a crossroads and faces a stark choice between two futures. Washington can act now to address our ballooning national debt, or it can remain idle and continue to watch a crisis driven by out-of-control government spending threaten our nation’s economic vitality, and with it, our ability to combat an unemployment rate that still hovers near ten percent. Our ability and willingness to confront this crisis will have broad ramifications for our nation’s ability to compete in a global economy, as well as our ability to honor core promises, like continuing the availability of Medicare and Social Security and providing for the common defense.

Both parties are to blame for the current fiscal situation. Nearly one in ten Americans are looking for work and reckless government spending has done nothing to create jobs. Some in Washington attempt to solve every problem with more government control, higher spending, and increased taxes, which has resulted in $15 trillion of debt.

For four straight years, President Obama has proposed a budget with trillion-dollar deficits. According to the figures within the President’s own budget, taxes would increase $1.9 trillion over the next ten years and spending would increase $1.5 trillion as a result of his plan. President Obama's budget doubles the national debt and puts us on a trajectory toward a staggering debt-to-economy ratio that approaches that of Greece and Italy. Not surprisingly, this plan didn’t receive a single vote of support when it was considered by the House last week. The President’s plan was defeated 414-0.

The pattern of tax, spend, and borrow will continue until we have the courage to choose another path. The vast majority of our federal spending is consumed by Medicare, Medicaid, and other entitlement programs. These programs require fundamental reforms to ensure that they remain available for future generations. For example, the average person pays over $60,000 into Medicare during their working years, yet receives over $170,000 in benefits from the program.  Without reforms, these programs will continue to grow on autopilot until they are bankrupt.

Inaction is not a sustainable fiscal path. Each year we stand idle federal spending gets worse and our national debt deepens. We must address this looming crisis before it’s too late.

The House Republican budget puts forward a blueprint for turning our fiscal situation around. It stops harmful cuts to defense programs, promotes energy independence, makes critical reforms to protect the long-term viability of Medicare without changing benefits for those 55 and older, and makes essential changes to the tax code to promote job growth.

As Congress looks forward, these fiscal challenges remind us that being good stewards of taxpayer dollars requires difficult decisions to be made; decisions that won’t be without sacrifice. We can either continue down the path of growing debt, or we can put our country back on the path to prosperity.

To learn more about this plan, click here (http://budget.house.gov/prosperity/fy2013.htm).