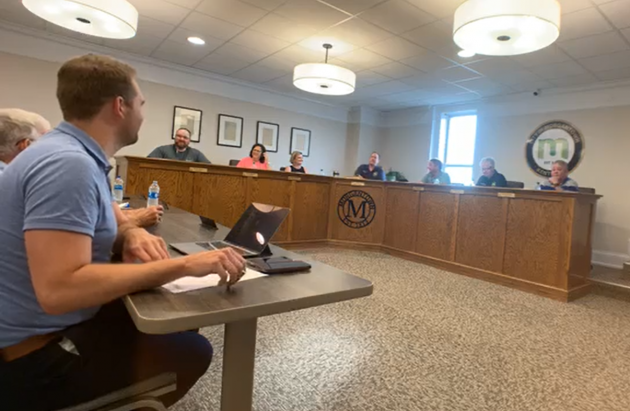 On Thursday, July 8, 2021, Morgantown City Council held its regular monthly meeting.  At the meeting, they covered topics like the tourism budget, feasible utility options, police services, local grants, and the expansion and development that is taking place throughout the city.

The expansion and development taking place in the city was one of the main topics at the meeting.  Ron Bunch and Mark Norris, with the Bowling Green Area Chamber of Commerce, were present and spoke on the topic of expansion.  They addressed working with our existing companies and uncovering ways for them to move forward.  Also mentioned was the attraction program that included discussing existing expansion, new business recruitment, and property development.

Mayor Billy Phelps mentioned the bid project coming in at around $3,510,000.  The bid project did come out ten-thousand dollars over. Some of the companies that received bids were Scotty’s and Green River Leasing.  Phelps did accept all bids and they are hoping renovation will start soon.

Jerrod Barks mentioned local grants that are available to businesses in the City of Morgantown.   The three available grants are streetscape/landscape, façade, and entrepreneur grants.  There are already some businesses showing interest in the grants.

There has also been progress made with the MOGO-kayaks.  The kayaks were recently delivered, however, the city is still working on the logistics of renting them out.  There are six single kayaks and two tandem (two person) kayaks that will be available to rent.

Utilities committee member Jim Green discussed how they are extensively studying the feasible options to provide the best possible service to the citizens of Morgantown.  He also mentioned they were trying to accomplish things in the most efficient way possible.

Monthly reports were given for the police and fire department.  The monthly police report included 7 arrests, 7 arrest assists, assisting other agencies 17 times, 6 traffic collisions, 11 citations, 31 vehicle stops, 4 motorist assists, 9 animal complaints, and 5 suicidal subjects.  There was a total of 679 calls of service.  During the meeting, they discussed the hiring process and getting new officers to work.  The process takes around one year and there are currently four individuals through phase 1 and two individuals who are needing interviews.

The monthly fire report was also given at the meeting.  This report included 4 county vehicle accidents, 2 city vehicle accidents, 0 county calls for service, 2 city calls for service, 0 county medical assistance, 1 city medical assistance, 1 county brush fire, and 0 city brush fires.  There was a total of 10 runs made between the city and county.