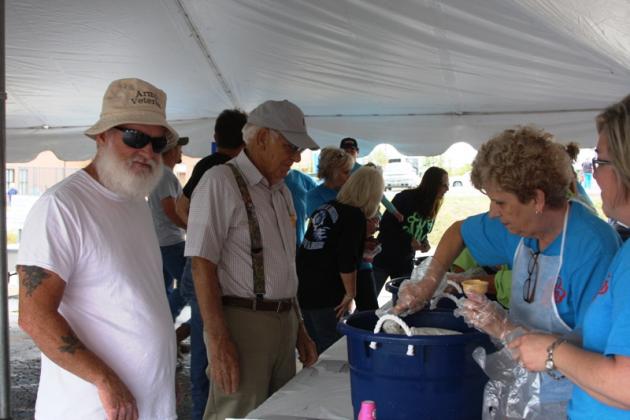 With a cornhole tournament, live music, inflatables, face-painting and plenty of ice cream, the 3rd Annual Morgantown Bank and Trust Ice Cream Social went off without a hitch on Saturday, September 26.  The event took place in the area around the main bank location from 11 a.m. to 2 p.m.
Organizers were pleased with the turnout.

"It's a fantastic crowd, a great turnout," said Tom Jones, MB&T president.  "Everything went great, people were having fun and enjoying each other."

Cody Donaldson and Jason Skaggs won first place in the cornhole tournament and each won $25.  The second place team of James Embry and Aaron Embry won $10 each.