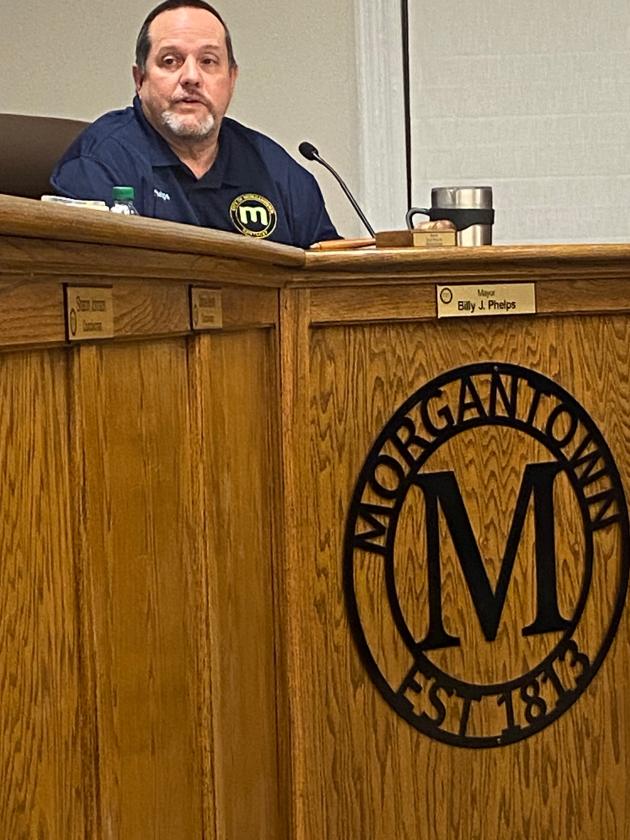 At the inaugural meeting of the year, Morgantown City Council members, representatives from city boards, city staff and other guests were on hand as Mayor Billy Phelps gave his annual State of the City Address. An opportunity to reflect on the year in review and look forward to the coming year, Phelps’ speech highlighted the numerous accomplishments made by the City of Morgantown.

The address began with a reflection on Phelps’ time as mayor and the differences made in those eight years, touting an overall revenue increase of 60% since 2015 when the city was on the brink of bankruptcy. But, Phelps was quick to add that moving into 2023, he and the council will begin to look at lowering the insurance premium tax in the city, which “will put money back into the pockets of our residents.”

Mayor Phelps also highlighted the massive Charles Black Park renovation, which is nearing completion and the beginnings of the downtown pocket park. Also mentioned were the soon to be constructed fire and police departments, as well as many other past and future city improvements.

Mayor Phelps praised the work of the Morgantown City Council, city boards and staff for their hard work and sacrifice. He concluded his speech with excitement, saying that he and the council are “looking forward to a wonderful, prosperous 2023 because we are all fighting for TEAM MORGANTOWN.”

To read Mayor Phelps’ State of the City speech in its entirety, click below.