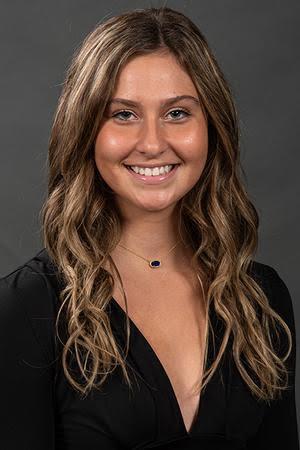 EVANSVILLE, Ind. — One of the top swimmers in the Summit League hails from Morgantown.

Each team from the Summit League named both a swimmer and diver to watch for the season. A freshman for the University of Southern Indiana, Smith was named the swimmer to watch for the Eagles. The Butler County High School graduate was named All-Region and Academic All-State in four straight years and was crowned regional champion in the 200 and 500 freestyle in 2022. Smith was also named 2022 Regional Outstanding Female Swimmer of the Year. She was also a top-10 finisher at the state level in the 1,000 and 1,650 for Southern Kentucky Swim Club.

University of Southern Indiana freshman Autumn Turley (Hobart, Indiana) was named the diver to watch for USI. The Hobart High School graduate was an Indiana High School Diving sectional qualifier and led the team to a Western Invite championship and Hobart Invite championship. Turley was also a part of the All-American Gold Team Scholars in 2020.

The 2022 season marks the first season in program history for swimming & diving at USI. The 22-member squad features 20 freshmen along with one junior and one sophomore.

Smith swam for Southern Kentucky Swim Club, finishing in the Top 10 at the state level in the 1,000 and 1,650 events.

The Butler County High School graduate is majoring in Nutrition.