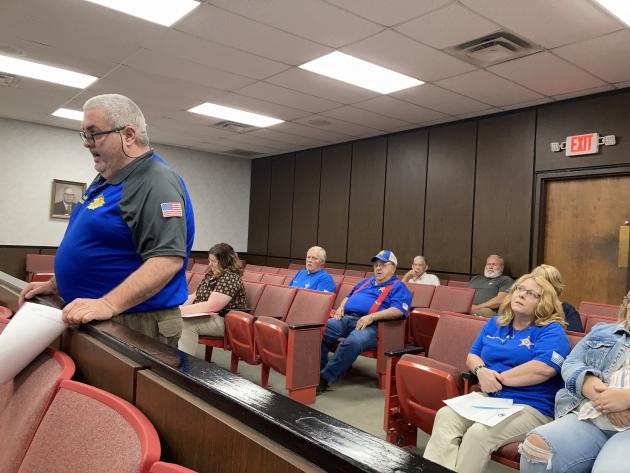 Butler County Jailer Ricky Romans came before Court, along with several employees from the jail, asking for a $1- $2 raise for jail employees.

"I cannot keep help at a $10 per hour salary,” said Romans. So once they get trained, most leave for better-paying jobs in other counties. For example, they can start part-time at the prison in Muhlenberg County at $14.82 per hour. "

By law, the jail must keep four people per shift around the clock.

The current jail budget is slightly over one million dollars and it usually spends about 90 percent of the budget.

According to Romans, the $1 raise per hour is in his budget but would push him to spend 98 percent of his budget. The estimated cost of the $1 per hour raise is $72,000.

Magistrates expressed concerns about spending 98 percent of the jail budget since various things (expenditures)could happen in the jail setting, particularly medical expenses, that could quickly push the jail over budget.

The General Fund of each county funds jails.

The Court took no action but agreed to look at projected numbers involved in a raise and the benefits.

The Court then went into a closed session to deliberate on the future acquisition or sale of real property. No action was taken.

Second District Magistrate Kevin Phelps expressed concern over the lack of the state mowing roadsides, causing residents to pull out of their driveways.

Judge Flener said he has been driving the county and magistrates need to prioritize “through” roads.

In other business, the Court approved the following items:

--Policy and Procedures for Butler County Jail calendar year2021 and 2022