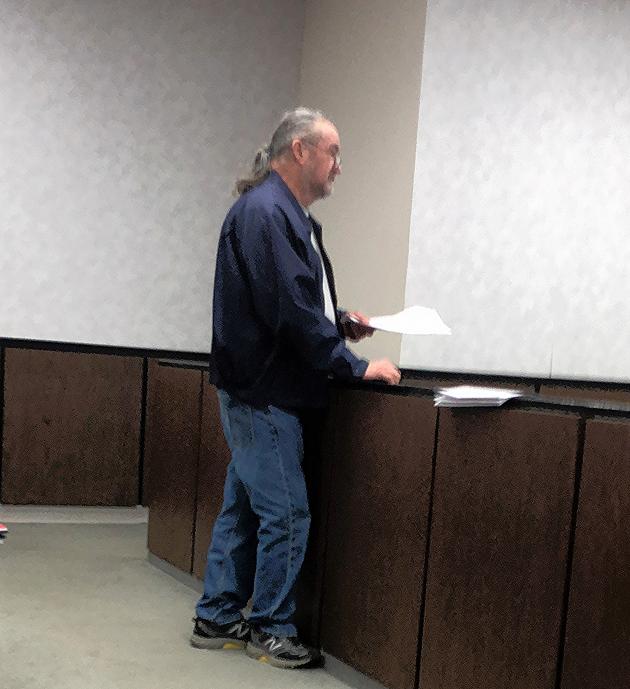 Judge Tim Flener congratulated Magistrate Stevie Givens on being elected by the Kentucky Association of Counties (KACo) to serve on the executive board for the Barren River Area Development District.

Roger Givens, representing the newly-formed Council for Cultural Diversity (CCD), spoke to the court concerning a Civil War Monument to recognize the U.S. Colored Troops for the courthouse lawn. According to Givens, it is estimated that as many as 70+ persons served, and he has identified 47 Black Butler County Soldiers. Givens had addressed the court at the last meeting with no action taken. The cost of the monument is approximately $2,600. Givens asked the court for $700.

The magistrates asked about placing all names of the Civil War soldiers on a monument. Givens stated that it would be about 521 names. The court also asked about putting a statement on the monument about the 521 to include all soldiers. Givens noted that was possible. The court took no action on Givens's request.

Next on the agenda, Brandon Keown, Commander of the Butler County Rescue Squad, requested $5,000 of the Rescue Squad monies to purchase equipment from an auction at the Bowling Green Fire Department. The court approved the request.

The court went into closed session, after which they approved the hiring of Dillon Shepherd to fill a vacancy at the Butler County Recycling Center.  He will start at $12 per hour, part-time, on October 5.

The magistrates approved spending up to $15,000 for a crane and $12,000 for a truck and plow from the state surplus auction.

The court appointed Magistrates Phelps and Bryant, along with County Road Foreman Jonathan Deweese to inspect Paradise View Road for possible inclusion into county road maintenance. Magistrates Whittinghill and Bryant were also appointed to inspect Eric Young Road for possible inclusion as well. A public hearing is set for October 26 at 3:00 p.m. at the judge's office for the roads' decision.

Magistrate Timmy Givens asked if there was any way to compensate Butler County employees that continued to work during the Covid-19 pandemic?

"Some counties closed the courthouse and laid off their employees, and they got to draw unemployment plus $600, often more than they were drawing working. We stayed open and our employees worked. They deserve something," said Givens.

The magistrates considered several options, but felt they needed more information. No action was taken.

The court approved the following: