Magistrate Stevie Givens elected to State Board of Directors 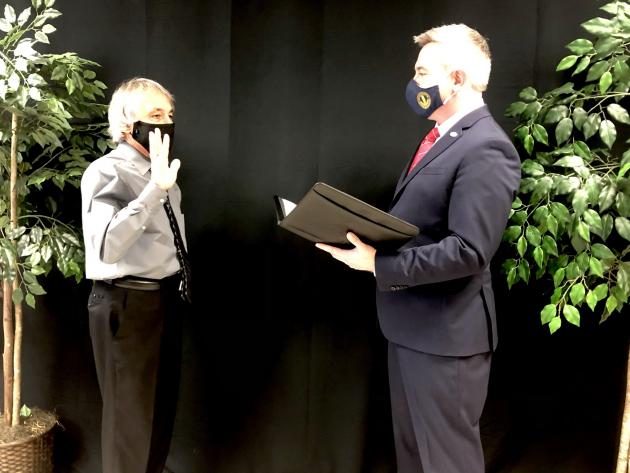 Butler County Magistrate Stevie Givens was elected to the Board of Directors of the Kentucky Magistrates & Commissioners Association on Thursday, March 25, 2021 and sworn in by State Agriculture Commissioner Dr. Ryan Quarles.

“I’m honored to serve my district in Butler County as Magistrate and I am equally honored to be elected by my peers and serve all Kentucky Counties” said newly elected director Stevie Givens.

Formed in 1952, the Kentucky Magistrates & Commissioners Association is a statewide non-profit organization that is the voice for all Kentucky fiscal courts in Frankfort. The Association represents all

“This association is blessed with humble public servants. Magistrate Givens is an enthusiastic leader and I am proud he is willing to serve at the state level for this historic association”, said JC Young, KMCA