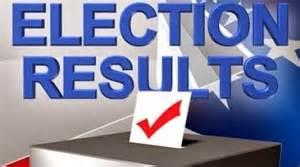 Coming on the heels of a countywide alcohol vote in January that failed by 326 votes, the cities of Morgantown, Rochester and Woodbury voted "YES" today to allow the legal sale of alcohol.  The historic vote marks the first time since 1942 that a community in Butler County will be able to legally sell alcoholic beverages.

The September 27 local option election was held following petition drives in late summer in the cities of Morgantown, Rochester, and Woodbury.  The citizens' group - Citizens for a Better Butler County - has been the driving force behind the move to bring legal alcohol sales to the county.

With the approval of legal alcohol sales in Morgantown, Rochester, and Woodbury, it will now be up to those communities, along with state guidelines, to establish rules and regulations governing the legal sale of alcohol.  That process could take up to six months.