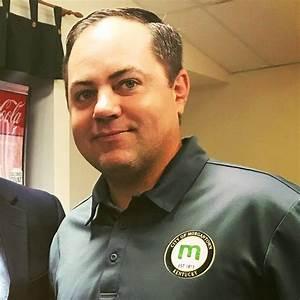 I would like to take a moment to address the topic of the proposed city park project that the Morgantown City Council recently voted 4-2 to adopt a restaurant tax to finance. It has been brought to my attention that many believe myself and Councilman Gaskey (who both voted no on the tax,) are against making significant improvements to the city park. That is just not true. We would like to propose an alternative financing plan to address the park project.

Our proposed plan in its simplest form would call for $750,000 a year to be appropriated for five years that would total $3,750,000 to make all proposed park improvements. Our past budget carryover from 2018 – 2019 (July 1) was around $1.5 million. This plan would allow for all the proposed improvements to be accomplished without putting any strain on our local restaurant owners or taxpayers and would be paid for in year 5. The current proposal with the restaurant tax would require $1.79 million in interest to go toward this project on top of the $3.6 million for the project making the total $5.4 million. https://beechtreenews.com/sites/default/files/Pay%20Back.pdf. On top of being a burdensome amount of interest for city residents, the current plan also strings out the payoff commitment to the year 2045.

Another possible option to this approach would be to allocate $500,000 - $700,000 upfront to various lending agencies to pay toward a five-year note of $3.75 million. I'm confident we could secure a great interest rate from a number of reputable lenders. This plan will call for local contractors to be used as much as possible to keep this money in our local economy as well. Councilman Gaskey and I only wish to offer a more fiscally responsible option to achieve this goal and keep all our future generations off the hook if our economy goes south or other unfortunate circumstances lead to future unexpected downturns.

This is a compromise alternative to address the city park renovations. The verdict is still out on how the city will address this issue. The second reading of the current proposed (restaurant tax) will be voted on at the next city council meeting on September 12, 2019, at the Eva J Hawes Building at 6 p.m. Anyone who agrees with this or a similar alternative plan needs to make arrangements to attend this meeting and be put on the agenda to make yourself heard or contact the other councilmembers beforehand.

WHAT THIS PLAN DOES