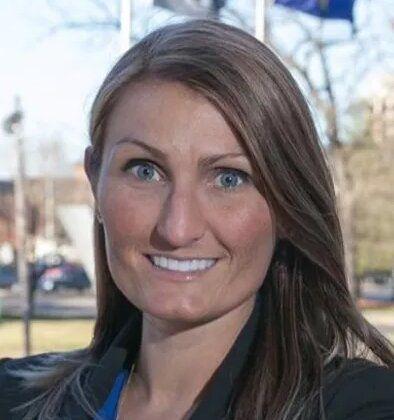 Dear Editor:  As a judicial candidate in Western Kentucky running for a Court of Appeals seat, I can’t help but notice the general unawareness throughout our area about this race.  I do not make this assertion to place blame, but simply as a statement of fact.  Ordinarily, there would not be a Court of Appeals seat open this year.  However, Judge—now Justice— Christopher “Shea” Nickell’s election to the Supreme Court of Kentucky last year left his seat vacant for the remainder of his term, which is set to expire in 2022.  This year has also been a very strange year with many competing subjects vying for our time and attention and it has placed additional barriers to garnering information about this race.

Justice Ruth Bader Ginsburg’s recent passing should renew interest in our federal and local courts.  The Kentucky Court of Appeals is the second highest court in Kentucky.  While it is a court of correction, rather than a court of policy, it is very important to make sure we educate ourselves about the candidates running for this seat, especially since it is our civic duty as the electorate to select this judge.

My name is Jenny Hines and I am running for this open Court of Appeals seat.  I advanced from the primary to the general election this year along with the Governor’s appointee, who is also running for this seat.

I was born and raised in western Kentucky by a teacher and a U.S. Coast Guard Officer.  I graduated as Valedictorian from Reidland High School, earned a double major from Murray State University, and graduated from the University of Kentucky College of Law.  I served in the U.S. Air Force as a Security Forces Officer performing nuclear security and law enforcement.   I returned home to Paducah and practiced law at Boehl, Stopher & Graves, LLP, where I did significant pro bono work.  I continued my public service by joining the Kentucky’s Court of Appeals team and working for Judge Nickell as a case manager and staff attorney and for Judge Donna Dixon as her staff attorney.  I am a Christian, conservative, mother, and have been approved by Kentucky Right to Life.

So, what do I bring to the table, and what does my candidacy mean for you?

1. I understand justice.  Justice is the fair and impartial adjudication of claims by applying the relevant law to the unique facts of a case.  Judges are called to administer justice without regard to political party affiliation, socio-economic status, or any other impermissible criteria.

2. I employ a distinct Western Kentucky practical and common-sense approach to administration of justice.  I believe in and employ straight talk and efficiency.

3. I have on-the-job training.  Since I began working for the court, I have learned exactly what a Court of Appeals judge does and how to do it.

So, what does my letter have to do with you?  I’m asking for your vote and your support.  Please feel free to visit my website at:  https://jennyhines.net.

Thank you for your time and consideration.

“A Veteran for Justice”