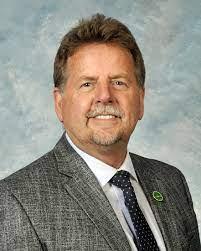 We can all agree that our current labor shortage has to be addressed if we are going to grow our economy and make a successful comeback. After all, there are more than a hundred thousand available jobs across our state. While some are entry level positions, many pay far more than minimum wage and include benefits and incentive packages. However, like many of you, I am completely floored by the $1,500 per person return-to-work incentive created by the Governor. Using taxpayer money, even if it is federal funding, to pay people to get a job is simply not logical. It is insulting to those who have worked throughout this pandemic, including many on the front lines.

To compound the problem, the Governor still refuses to end Kentucky’s participation in the Pandemic Unemployment Assistance (PUA) Program, which provides an additional $300 a week to UI recipients who are already receiving benefits from the state program. Other states have already quit offering PUA payments, but the Governor seems committed to continuing until the program ends in September. So, ultimately, the administration is offering $1,500 to go to work, while paying more than $3,300 to stay at home.

The Governor’s return-to-work announcement came just two days after members of the Unemployment Insurance Task Force held their first meeting to explore possible changes to the program. This task force was created with the passage of HB 413, legislation that contained several provisions aimed at improving how the unemployment insurance (UI) program responds in situations like last year’s shutdown. Task force members will spend the next seven months listening to stakeholders and crafting recommendations that may become legislation during the 2022 Regular Session.

The task force hit the ground running this month, hearing testimony about fraudulent claims and other issues plaguing the system. This was particularly interesting to me as I have heard from several constituents who received notification that their information has been used to file for unemployment insurance, while they personally have not applied. While the number of fraudulent claims in Kentucky remains a mystery, a consultant dealing with unemployment insurance claims testified that the increase in claims caused by the state’s shutdown led program administrators to make premature eligibility determinations, which made the program more susceptible to fraudulent claims.

Legislators on the task force also asked for more information about existing unprocessed claims. When asked how many remained to be addressed, the administration could provide no concrete number. However, after spending $17 million in contracts to fix the unemployment backlog, the problem remains more than a year later and Labor Cabinet officials are still saying they need additional staff. Ironically, cabinet officials added that one of the biggest challenges facing the UI Program now is finding employees. They are not alone, as a representative of the state’s organization representing small businesses shared that a recent survey showed 90 percent of members have available positions.

Without a doubt, unemployment insurance issues will continue to dominate the 2021 Legislative Interim and occupy a considerable part of our 2022 Session agenda.

If you would like to share your thoughts on these or any issues relating to the Kentucky General Assembly, please reach out to me. I can be reached here at home anytime, or through the toll-free message line in Frankfort at 1-800-372-7181. Feel free to contact me via email at Steve.Sheldon@lrc.ky.gov. If you would like more information visit the LRC website www.legislature.ky.gov.