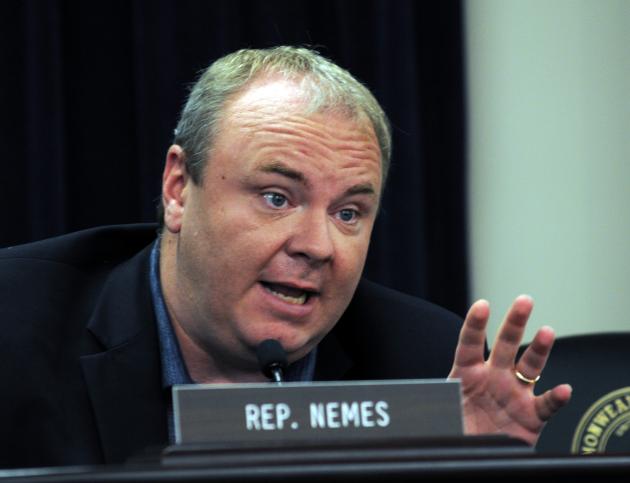 FRANKFORT— The Interim Joint Committee on Appropriations and Revenue is keeping a close eye on Kentucky’s economy as the state heals from the economic issues caused by the COVID-19 pandemic.

During Wednesday’s meeting, the legislative panel heard from Michael Clark, director of the Center for Business and Economic Research, on the current economy and inflation rate, for both Kentucky and the U.S. overall.

“Both the national and Kentucky economy has made marked improvements over the past year,” Clark said. “Economic output has continued to improve. Employment has rebounded substantially, but still remains stubbornly below pre-pandemic levels.”

Employers are hiring and wages are rising, Clark added, but labor force participation is low and inflation is rising.

According to Clark, low labor force participation can be attributed to health concerns, decreased access to childcare, increased retirements, enhanced unemployment benefits and more. However, Clark noted, it is not clear how much each of those factors contributes to low participation.

As for inflation, Clark’s presentation noted that a greater demand for certain goods, such as lumber, is driving supply chain issues and resulting in higher costs. Clark also referenced a Wall Street Journal prediction that prices for most goods will drop within the next year or two.

The hope is, Clark said, that as more people re-enter the labor force, supplies of high-demand goods will rise and prices will fall.

Rep. Jason Nemes, R-Louisville, asked Clark who makes up the labor force since Kentucky’s employment rate is at roughly 53 percent.

Clark said the labor force includes people ages 16 and older who are not in the military or institutionalized. Even people who are in school full time and not working, or who are retired, are considered to be part of the labor force even if they are not employed.

During discussion, Sen. Danny Carroll, R-Benton, raised concerns over how federal COVID-19 stimulus dollars could be impacting the economy and creating a “false economy.”

Clark explained that it is a difficult balance since the goal is to make sure consumer demand fuels the economy. Too much fiscal stimulus can hurt the economy, but not enough stimulus can also have a negative impact. That’s because high unemployment rates mean consumers are spending less money. The goal of stimulus dollars was to help keep businesses open, he added.

The next Interim Joint Committee on Appropriations and Revenue meeting is scheduled for Sept. 8 at 1 p.m.