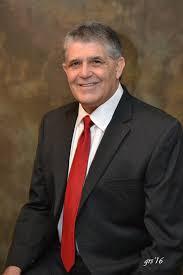 Rep. Steve Riley, R-Glasgow, has once again proposed to end the practice of punishing schoolchildren with physical pain – a practice still used in 17 Kentucky school districts.


Riley filed a bill for the 2019 legislative session that would remove corporal punishment as a form of discipline in all schools and church-related privately operated child-caring agencies or facilities.

“Basically, I don’t believe that it’s an effective discipline tool in schools,” Riley said. “We have so many kids that don’t live with their parents. Their situations are so tough, the environments they’re living in are so bad that when you strike someone, ‘you hate them,’ and that’s how they perceive it.”

This damages student-teacher relationships and hurts the school community at large, he said.

“The legislation is designed to protect students, teachers and school administrators. Risky situations arise from corporal punishment,” such as lawsuits, Riley said.

State law does not mandate the use of corporal punishment. Instead, school districts can individually determine policy.

Under Riley’s proposal, “school administrators, teachers or other certified personnel, office staff, instructional assistants and coaches and extracurricular sponsors who are employed by a school district shall not use corporal physical discipline, including the use of spanking, shaking or paddling, as a means of punishment, discipline, behavior modification, or for any other reason.”

Corporal punishment involves “the deliberate infliction of physical pain and does not include spontaneous physical contact which is intended to protect a child from immediate danger,” Riley’s bill said.

Bell County Public Schools had the highest number, at 100 reported incidents, according to the report.

In the Barren River region, Monroe County is the only school district that allows corporal punishment.

“We have used the practice in the past, but it’s very rare,” said Christie Biggerstaff, the instructional supervisor for Monroe County’s elementary schools – which is the only school level in which the practice is used.

The decision whether to use corporal punishment is made during a conference with both teachers and parents or guardians, and the parent or guardian ultimately decides whether the practice – which would involve a paddle – can be used.

Biggerstaff believes the practice is becoming rare in families’ homes, “so parents don’t want us to use that in schools,” she said.

Thus far this school year, corporal punishment has not been used, according to Biggerstaff.

In the proposal, Riley emphasized the need for incident reporting, as “we need to be aware of what’s going on,” he said.

Riley proposed the same bill in the 2018 legislative session, but it didn’t go anywhere. The main negative pushback he said he received was that school districts should have the power to decide.

“I think it will at least get a discussion in a committee this time,” Riley said.

Riley is a former educator, having spent more than three decades employed at Barren County High School. Corporal punishment was fading out within his first few years of teaching, but he did witness its effect during his own adolescent years.

“It was common when I was in high school,” Riley said, though he never experienced the painful practice personally.

“It’s arguable that it was ever effective. If it ever was, it’s not at all now.”