Large crowd turns out for Harvest on the Square 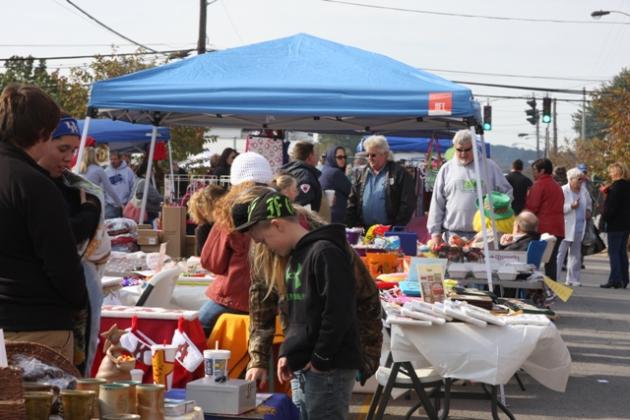 On Saturday, October 26th the Morgantown Square was abuzz with local residents and out-of-town guests, as the Morgantown-Butler County Chamber of Commerce hosted its annual Harvest on the Square celebration.  According to Chamber Executive Director Robin Schroder, the event was the largest it has ever been, touting more than 60 booths. With city streets blocked on Main Street in between Morgantown City Hall and the Butler County Courthouse, attendees strolled the walkway perusing a wide array of vendors.  The event kicked off at 10 a.m. and wrapped up at 4 p.m.

From school groups trying to raise money to inflatables, a possible record number of attendees were treated to multiple booths featuring plenty of items.  The annual event, sponsored by the Morgantown-Butler County Chamber of Commerce, also included food vendors, crafts, antiques, raffles, games, trick-or-treating, a Halloween Cup Cake Contest, a pumpkin carving contest, and a costume contest for kids, among other activities.

The event was a great success and plans are already in the works for next October.

See a picture you like, email us at info@beechtreenews and we will send it to you.