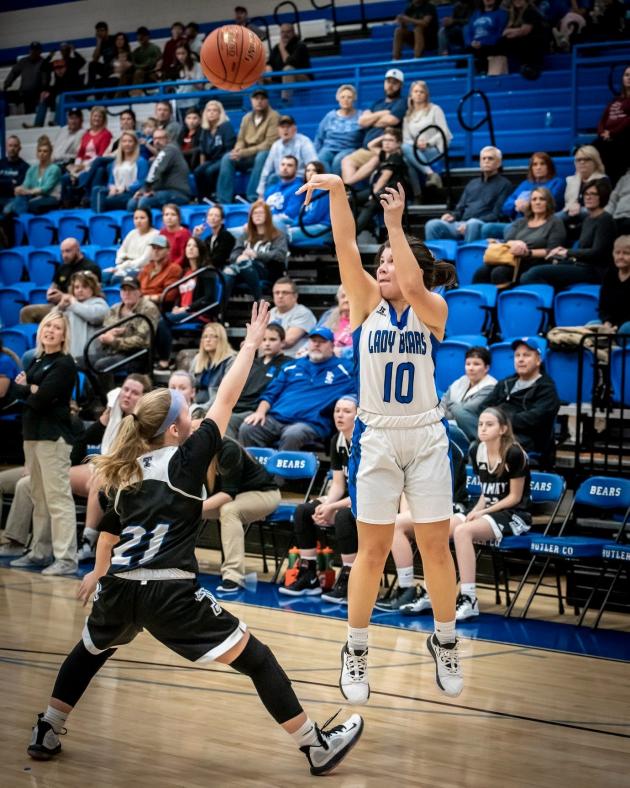 The Lady Bears pulled away to win in a 12th District girls' basketball game.

With the win, Butler County improved to 1-4 overall and evened its 12th District record to 1-1.

Whitesville Trinity dropped to 1-3 overall and 0-1 in the district with the loss.

The Lady Bears gradually pulled away to win convincingly. Excelling early, Butler County, under the direction of head coach Lexie Belcher, scored 40 points in the first half.

Cassidy Morris led Whitesville Trinity with a double-double, scoring 29 points and pulling down 13 rebounds. Morris paced all players in scoring and rebounding.