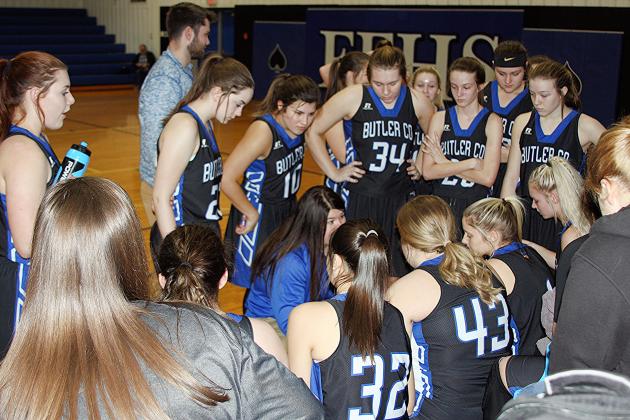 With the win, Butler County improved to 3-13.

Butler County limited Cloverport inside, holding the Lady Aces to only a dozen rebounds

Apollo 68, Butler County 21: Butler County was unable to notch a win at home at the start of the week. Visiting Apollo pulled away to beat host Butler County 68-21 in a girls' high school basketball game on Monday night.

Apollo shot 64 percent from the field in the winning effort.