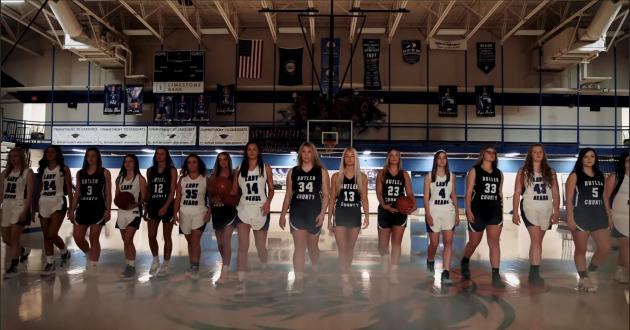 MORGANTOWN — Among the top teams in the Third Region, Butler County compiled a 23-3 record during the 2021-22 girls' high school basketball regular season.

Currently tied with Breckinridge County for the most wins among Third Region girls' basketball squads, Butler County has won 17 of its last 20 games.

Butler County is set to host Grayson County in the semifinals of the 12th District Girls' Basketball Tournament on Monday, Feb. 21. Tip-off for the Butler County-Grayson County hoops matchup is set for 7:30 p.m. in Morgantown.