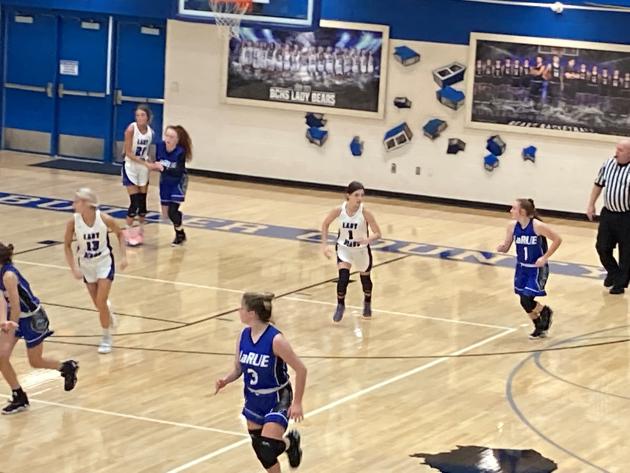 Longtime rivals, Butler County and Todd County Central battled back and forth throughout the prep hoops matchup.

The Lady Bears led 19-16 at halftime. Butler County added to its advantage shortly after the intermission period to lead 33-24 at the conclusion of the third quarter.

Butler County is scheduled to visit Whitesville Trinity for a 12th District girls' basketball game at 6 p.m. on Thursday, Dec. 16.

The Bears outscored Logan County 12-8 in the opening quarter. After extending its lead in the second quarter, Butler County carried a 26-9 lead over Logan County into halftime.

Butler County led 38-18 at the conclusion of the third quarter before Logan County battled back.

Taylor Leach scored 17 points to lead the Bears. Leach was the only Butler County player to reach double figures in scoring.

Butler County is scheduled to visit Warren East for another girls' high school basketball game at 7:30 p.m. on Monday, Dec. 6.