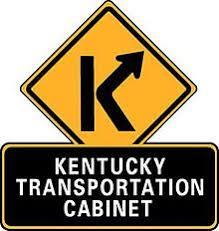 The Kentucky Transportation Cabinet (KYTC) is asking the community to be on the lookout for thieves stealing copper wiring from KYTC lighting around the District 3 area.

Thieves recently stole thousands of dollars worth of taxpayer funded copper wiring from KYTC lighting in Warren County. The Kentucky State Police and the Office of Inspector General from Frankfort have been called in to investigate the crime.

The stealing of wiring for lighting on roadways not only wastes taxpayer dollars, but also creates safety issues for motorists as it takes time to get that wiring replaced and the lights turned back on.

The community is being asked to be observant of any suspicious activity, especially during the nighttime hours near lighting areas on roadways. We are asking folks to report any suspicious activity to local law enforcement as soon as possible. Time is very important and notifying local law enforcement immediately will increase the chance of catching those involved in stealing KYTC property.

Local recycling businesses are also being asked to be on the lookout for anyone trying to sell possible stolen KYTC property and report those people to local law enforcement.

All KYTC vehicles and KYTC contract vehicles are clearly marked with labels and work personnel should be clearly visible with reflective material on clothing and other high-visibility attire. Any unmarked vehicles, including utility looking vehicles should be considered suspicious and reported to local law enforcement immediately.