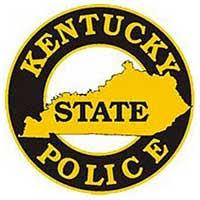 Bowling Green, KY. (October 14, 2021) – On Thursday, October 14th, 2021, the Kentucky State Police Post 3, Bowling Green, received a call for service in reference to a collision that occurred on Interstate 165. Units responded to the scene located at 13 mile marker of I-165 southbound in Warren County.

Preliminary investigation indicates that a 2015 Buick Enclave, being operated by 61 year old Kimberly S. Flener, of Morgantown, was traveling southbound on I-165 at the 13 mile marker in Warren County. Flener's vehicle struck the rear of a 2004 Freightliner commercial vehicle, being operated by 34 year old Matthew Mahanken, of Louisville. Kimberly Flener was pronounced deceased at the scene by the Warren County Coroner. Mahanken was uninjured in the collision.

The investigation continues and is being led by Trooper Michael Wathen. He was assisted on the scene by Barren River Fire Department, Warren County Coroner, Medical Center EMS, and KSP Personnel.