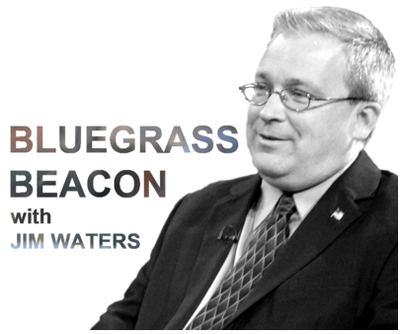 First, the Kentucky Supreme Court by a 6-1 vote struck down Louisville’s minimum-wage ordinance passed in 2014 forcing all metro-area employers to pay workers at least $9 an hour by July 2017 – $1.75 higher than the statewide minimum wage. The rate rose to $8.25 this past summer.

The Supreme Court’s decision also overturns Lexington’s Urban County Council’s decision last year to up the city’s minimum wage to $10.10 an hour by July 1, 2018, in incremental steps, beginning with the first hike to $8.20 this past summer.

While employers in these cities no longer must pay the higher rates, most will likely continue doing so rather than reduce existing workers’ pay.

While forcing continually higher minimum wages on local business owners certainly would help existing employees with a bit of a higher wage, a very real but unknown cost exists in the number of young people, especially college students – aplenty in especially Louisville and Lexington – who could not find critically needed jobs next summer because employers can’t afford to pay workers more than they contribute.

Besides, minimum-wage policies aren’t for supporting families. They provide bridges for people needing temporary help and ladders for workers seeking to get feet in doors.

Kudos to the Kentucky Supreme Court for protecting these bridges and ladders.

A dozen Kentucky counties have passed such laws, which simply protect workers from being fired for choosing not to join a union or pay dues.

The appeals court sprinkled some glitter on this package’s pretty red bow by chastising Hale for the tortured opinion he released – after forcing all parties to wait six long months – in which he displayed an amazing degree of judicial amateurishness by claiming it was “not a logical reading” of the law for counties to assume they could pass such ordinances.

“Yet, it absolutely is a logical reading,” the higher – and legally sturdier – court said.

It certainly is a “logical reading” by counties of the Kentucky General Assembly’s County Home Rule Statute, which delegates to local governments the authority to legislate in ways that “promote economic development” and “regulate commerce” by passing ordinances that don’t conflict with existing state laws.

Still, some think the two rulings are contradictory.

“So counties can vote in ‘Right to Work’ (for less) legislation, but cannot vote in minimum wage laws that are higher than the state level,” Susan Decker Davis of Lexington wrote on her Facebook page in response to the Lexington Herald-Leader’s coverage of the appeals court’s decision. “What’s wrong with this picture?’

Nothing, actually – other than Davis’s assertion that it’s right to work “for less.” Plenty of data show right-to-work policies are beneficial to workers and their companies.

However, there’s nothing contradictory in these court rulings.

Per Louisville attorney Brent Yessin of Protect My Check– part of an effective coalition that’s brought local right-to-work to Kentucky and is involved in taking it to communities in other non-right-to-work states – local governments cannot override the commonwealth’s existing minimum-wage law but can ratify their own right-to-work laws because the state has not acted on that specific issue.

Santa now has given permission to all Kentucky counties to open their right-to-work packages and begin enjoying the increased employment opportunities and tax base such a gift provides.