Joseph Carey sentenced to life without parole in triple murders 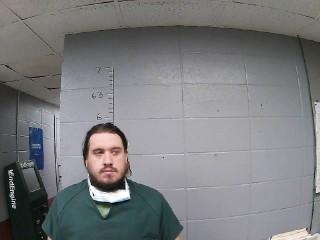 Friday, September 2, Joseph Carey appeared in the Butler County Circuit Court for his final sentencing regarding the murder of his wife Angela Carey and her parents Charles "Chuck" and Lupe McGranahan, all of Morgantown. The three were killed at their home on Lonnie Snodgrass Road on January 19. Three children, ages 2,7 and 13, were in the house at the time of the shootings. Angela Carey was the mother of all three children; she and Joseph Carey are the two younger children's parents.

Initially seeking the death penalty, Commonwealth Attorney Blake Chambers stated that after lengthy discussions with the family members, it was decided to request life without parole. This sentence would allow the family to avoid future litigations in court if Joseph Carey were to qualify for probation.

Carey is found guilty of the following charges and sentenced to life without parole:

Before the final sentencing occurred, the family was allowed to read their impact statements aloud, directly addressing Carey. One common thread that each impact statement held was acknowledging the tight-knit, loving family that the McGranahans’ were and how their legacy of love and kindness will outlive the devastation that Carey caused.

Blake Chambers spoke of the family's perseverance for continuing to find joy despite the nightmare they have been living and highly praised Kentucky State Trooper Shae Foley for his thorough investigation skills in building the case.