Jones takes over as new archery coach at high school 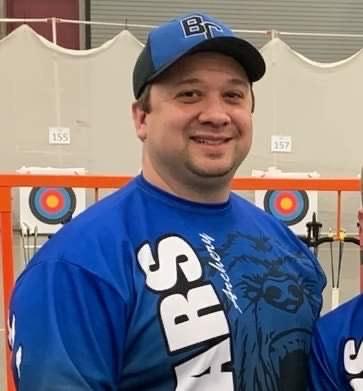 Wesley Jones was recently named the head archery coach at Butler County High School.  He began working with archery at North Butler Elementary during the 2015-16 school year. This was the first year the National Archery in Schools Program (NASP) was offered to Butler County students.

Jones served as an assistant archer coach at North Butler Elementary (NBE) during the 2016-17 season and was head coach the following year. During his time as head coach at NBE, his teams continually ranked third in the state and finished the season ranking 10th at the Kentucky State Tournament.

Due to Covid-19, their season was cut short. The Kentucky NASP State Tournament was cancelled the same week as the tournament. NASP then used all of the Regional Scores to rank the teams. Butler County Middle School ranked 8th.

Jones is excited to have the opportunity to coach the Butler County High School archery team during the 2020-21 season.