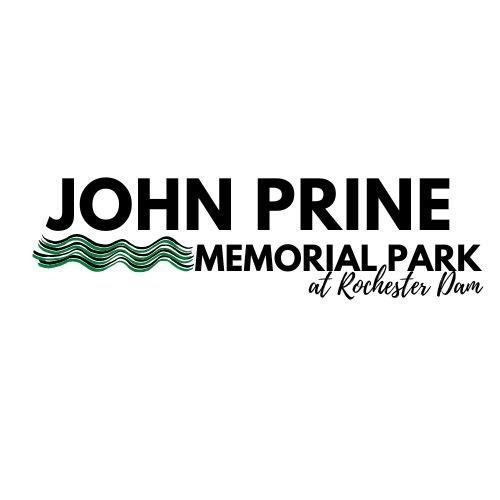 The project honors the legacy of award-winning Hall-of-Fame singer/songwriter John Prine, who in 1970 penned the song "Paradise." The song - written for his father about the small town of Paradise on the banks of the Green River - is not only a love letter to the people of Western Kentucky, but also speaks of Prine's perceived ills of the effects of surface coal mining on people and landscapes.

"Paradise" - with the chorus "Daddy won't you take me back to Muhlenberg County" - solidified the legacy of the community in the hearts of music fans worldwide. Even though Prine was born in the suburbs of Chicago, he was a frequent visitor to Muhlenberg County, the longtime home of his parents and extended family.

Following Prine's death on April 7, 2020, fans began to make the pilgrimage to Rochester Dam to leave memorials to the singer, hearkening to his lyrics, "When I die let my ashes float down the Green River/Let my soul roll on up to the Rochester Dam." His family later spread Prine's ashes from the Rochester Ferry, which crosses the river from Butler and Ohio counties.

"The project really kicked off in 2019 when Kentucky Department of Fish & Wildlife Resources awarded Fiscal Court a grant to replace the boat ramp," said Darrin Benton, Second District Magistrate, and park committee member. "After Mr. Prine's death, Fiscal Court was approached by Karen Harper Lain, C. Josh Givens, and Barry Duvall with a proposal to rename the existing park and update the resources. We are very proud of the progress and welcome our visitors for years to come."

The park's renaming has been accomplished with the blessing of the Prine family and Mr. Prine's Nashville label, Oh Boy! Records.

On the day of the event, there will is limited parking on-site, though parking and shuttle services will be provided from the Rochester Community Center and Rochester Ballpark in Butler County. While seating will be provided, visitors are encouraged to bring their lawn chairs in the event of an overflow. Local food trucks will be present and local musicians will present regional sounds. Portable restroom facilities are on-site.