John Embry: Some may disagree with my opinion and say that I'm biased because Judge Fields is also "Uncle David" to me. So be it." 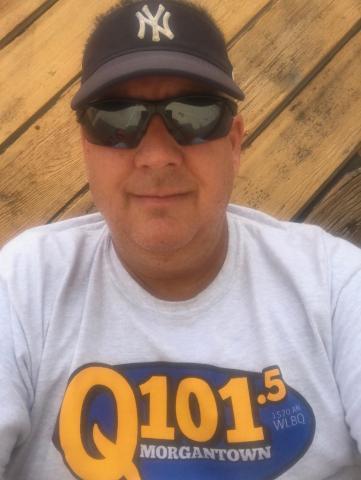 LOCAL:  2018 was a big election year in Butler County and much emphasis was placed on the election of Tim Flener as county judge-executive -- and rightly so.  But, a few words should be said about retiring Judge-Executive David Fields.  Dr. Richard Wan recently hosted a nice reception for Judge Fields, who is wrapping up three terms in office for a total of 12 years as judge-executive.

Judge Fields tackled a lot of consequential issues during his tenure, including advocating for the special taxing district for the ambulance service, issues at the animal shelter, frequent budget woes and associated controversies, 911 shortfalls, fire dues, development of the old mall complex, etc.  All of these issues were accompanied with varying degrees of controversy and weren't easy to deal with.  But, Judge Fields and magistrates dealt with them nevertheless and came up with solutions - maybe not solutions suitable to all but that comes with the territory of being an elected official, a decision maker.

Never afraid of dissent and criticism, Judge Fields embraced the messiness of the First Amendment and allowed a free-wheeling debate and discussion environment to thrive at Fiscal Court meetings to the extent that it may have resembled unhinged chaos at times.  However, Judge Fields consistently conducted himself with dignity, demonstrated integrity, provided solid leadership, and represented our county well over the course of a dozen years.  Some may disagree with my opinion and say that I'm biased because Judge Fields is also "Uncle David" to me.  So be it.  That comes with the territory of writing a weekly opinion column.

STATE:  With uninformed voters reaching an all-time high in most places it seems, what's the last thing that should be considered?  How about lowering the voting age to 16?  That's exactly what State Senator Reginald Thomas (D-Lexington) wants to see done in the upcoming session of the Kentucky General Assembly.  Are you kidding me?  This may be the worst idea I've heard in a long while.  I know some 16-year-olds are mature, well informed and would make good voters (heck, some of my 8th graders would fall into that category).  But, to allow across-the-board voting for all 16-year-olds would not be good for democracy in my estimation.  Age 21 was probably about the right age but that was reduced in response to the draft age of soldiers going to Vietnam.  That makes sense.  However, to lower it further would encompass a swath of voters who, overall, would lack the maturity, judgment, life experiences, and prudence necessary to make them well-informed votes.  Our democracy doesn't need that.  We have enough problems already.

NATIONAL:  I saw Vice-President George H.W. Bush in 1988 at English Park in Owensboro when he was running for president.  He was just George Bush then … no need for H.W. or "41" at that point.  As a freshman at WKU and a proud College Republican, I followed that election closely and was present on campus when Bush's opponent, Governor Michael Dukakis (D-MA), spoke there about health care.  I celebrated Bush's 1988 election and watched him intently as he navigate the first Gulf War to liberate Kuwait from the aggressions of Saddam Hussein's Iraq.  I endure the political pain of his 1992 defeat to a relatively unknown governor of Arkansas - Bill Clinton.  That was a tough night.  "Read my lips" wasn't his best moment either.

The former president died last week and America lost a giant of person who served both his family and his country with honor and distinction - no need to list his many accomplishments here as they've been well documented.

I'm grateful that so many people from across the political spectrum are saying so many nice things about George Bush.  Many who are fans now are recent converts as they were the very ones that savaged him and his campaigns in 1988 and 1992.  Memories are short it seems and maybe that is for the best in some cases.  The fact that so many Americans are singing the praises of President Bush speaks to the thread of unity and respect that still exists in our nation - a thread we should cling to with grim determination. Rest in Peace Mr. President.

DUMB QUOTE OF THE WEEK:$21 TRILLION of Pentagon financial transactions ‘could not be traced, documented, or explained.’ $21T in Pentagon accounting errors."  --Alexandria Ocasio-Cortez (self-proclaimed Socialist-elect U.S. Representative from New York.)  There's one problem:  Actual Pentagon spending from 1998 to 2015 was only about $8.5 trillion.  Oops!  That's a big accounting error.

PARTING SHOT:  Speaker-to-be Nancy Pelosi (D-CA) will take the gavel from Republicans in 2019 after eight years in the minority.  She led the charge to flip the House to "blue" and then proceeded to vanquish any aspirant from her caucus to the Speaker's chair.  Pelosi is one tough and determined political leader.  Republicans can fundraise with their base off her extreme positions and lampoon her for votes in some areas but they had better not underestimate her tenacity.  She will make them pay.

One last thought on immigrant caravans at the southern border…if Trump and the GOP are totally wrong on how to approach this issue, are their political opponents actually suggesting that all who arrive should essentially be allowed to enter?  Is that their for-real policy positon?  It sure looks like it.

Agree?  Disagree?  I'd love to hear from you either way.  Send comments to [email protected].