John Embry: "The fact that we are actually having a contested race for judge-executive in November, to some extent, is news itself." 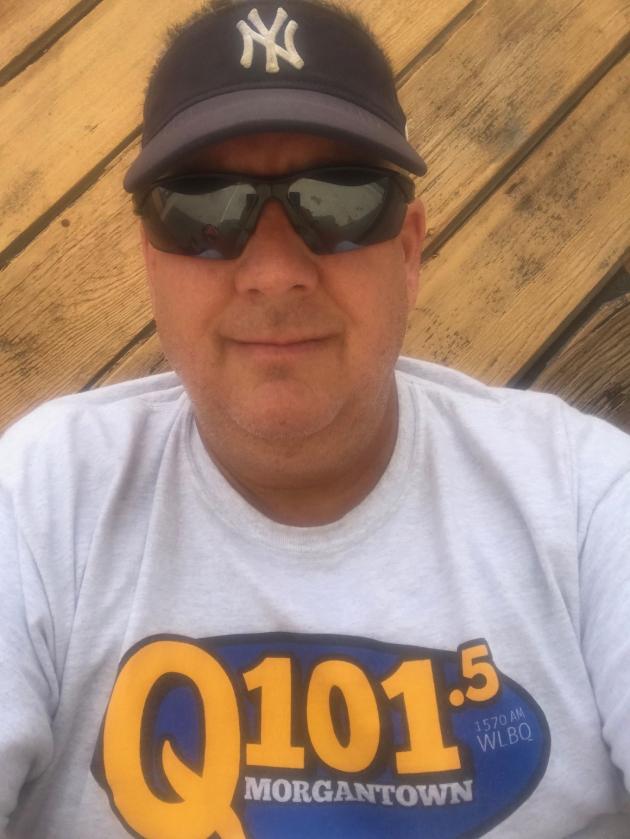 Yeah, it's been awhile since I've written a column but I figure it's kind of like riding a bicycle.  If not, I'm sure readers will let me know.  This column will focus on a lot of things, to be sure, and it will deal with happenings at the local level, those impacting the state (which I believe are always overlooked), and national issues that have the potential to affect us all.  Here we go!

Local:  Close to home, the two biggest things that I'm hearing folks talk about are the upcoming local election, especially the race for judge-executive, and the recent holiday basket radio fundraiser for the Morgantown Mission.

The fact that we are actually having a contested race for judge-executive in November, to some extent, is news itself.  Those are generally rare in cases where one political party has a significant registration advantage.  As you know Republican Tim Flener is squaring off against Democrat Mark Mudd.  Flener bested several well-known opponents in the GOP primary in May, while Mudd was unopposed in seeking his party's nomination.  To their credit, both candidates have worked tirelessly throughout the county shaking hands, knocking on doors, and attending events.  In short, both have waged serious campaigns.

Who will win?  I've asked a lot of folks this question and as you can imagine, the predictions I've received run the gamut of possible outcomes.  Personally, I quit trying to predict races years ago…too many variables to measure.  I do know that this election and most all elections are determined by a candidate's ability to motivate his or her base of supporters.  We used to think differently as candidates would campaign tirelessly for the so-called moderate, independent swing voter that could be brought into the fold with just the right words.  I know these voters are important but candidates are now realizing how important it is to actually motivate and "get out to vote" those voters that are inclined to vote for you - regardless of party affiliation.  So, whichever candidate is able to better motivate his base of potential supporters will likely prove victorious on Tuesday, especially considering a likely low voter turnout.  Both of these guys are good men, who love Butler County and would work hard to see it succeed.  I applaud Tim and Mark, and their families, for stepping "out on a limb" to seek public office.  It isn't an easy thing to do.

It’s also not an easy thing to do for a community to generate over $11,000 to support the Morgantown Mission.  This is what “we” did at last week’s Morgantown Mission-WLBQ Radiothon - with “we” being the generous folks of Butler County.  Garry McKinney and the many volunteers at the Morgantown do a great job of assessing legitimate needs of the community and then finding a way to meet that need.  They deserve our support and obviously they received it with 387 holiday food baskets sponsored - and that number is likely to rise.  Great job!

State:  Although it has been under the radar, the state education board has approved new graduation requirements for high school seniors - a proposal that some Kentucky superintendents and board members are concerned about.  If passed, by 2024 minimum credits needed for graduation will increase and a minimum competency exam will be required of potential graduates in reading and math, as well as other changes such as demonstrating transition readiness.  Critics say it will increase dropout rates and disproportionately impact at-risk students.  The public comment period is going on now and the final vote for the state board is scheduled for December 5.  Obviously, schools are worried about how this will impact them financially and with how they are evaluated by the state.  Sometimes it seems that high academic standards and what those in education (the “experts” not the typical classroom teacher) are in conflict.

I’m not sure whether or not these proposed new graduation standards are in the best interest of Kentucky students but I do think minimum academic standards and how they relate to student promotion is a good debate to have.  Personally, I believe “social promotion,” which is allowing students to advance grades without some type objective measurement of progress or achievement, has been hugely detrimental to education.  This should change.  To that extent, perhaps these new graduation requirements are good place to start.  Now, let’s apply that same rationale to all grades in Kentucky.

National:  If Republicans can defy history and hang on to one or both houses of Congress, it can be traced to three things:  Kavanaugh, caravans and Trump.  Historically speaking, the party in control of the White House almost always loses seats (and often control) of Congress during midterm elections.  The GOP was set to do precisely that and possibly in a big way.  What changed?  In my estimation, it was the unfounded accusations and hysterical reaction by the far “Left” toward Brett Kavanaugh’s nomination for the U.S. Supreme Court, as well as the lawlessness associated with the caravan movement and the political grandstanding by some as thousands of migrants (i.e. potential illegal immigrants) head toward the U.S. southern border.

What made these two things gel into enthusiasm for the GOP base?  President Trump.  He has galvanized the base of his party with massive cross-country rallies where he has touted the strong economy, the need for strong border security and other accomplishments of his administration, as well as warnings about the country going in the opposite direction should the Democrats prevail at the polls.  In short, the excesses of the Left have energized the Right in a way that they probably would have been able to do on their own.  One additional thought ... this country needs an honest debate about immigration - one without name calling and identify politics.  Both major political parties share the blame for our apparent non-functioning immigration system in the U.S.  That needs to change … now.

Parting shot:  Many believe Governor Matt Bevin is a lame-duck, one-term governor whose re-election chances are somewhere near zero next year.  That may be true.  He has angered many with the pension bill that passed the General Assembly earlier this year, as well as some unfortunate remarks he made along the way.  However, an incumbent governor is never easy to defeat.  One key thing to look at - how well Republicans do in the Kentucky General Assembly.  The GOP currently has a super-majority in the Kentucky House with well over 60 seats in the 100-seat assembly.  Logically, that number will contract.  The amount that it does may be an indicator of Bevin’s political fortunes next year.  We’ll see on Tuesday.