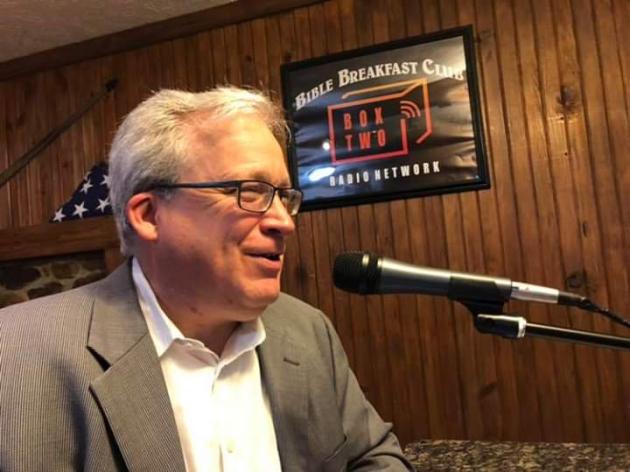 Per the Bluegrass Institute Center for Open Government, Gov. Andy Beshear wants to reopen the state’s budget to spend more than $112 million on 39 “community development” projects. Reelection campaign, anyone?

Beshear wants taxpayers to fund every type of earmark imaginable – from $100,000 for reenacting Civil War battles in Hickman County, marketed in the past as featuring “guns firing, swords swinging, horses charging and cannons blasting,” to $6.3 million for the Paducah and Louisville symphony orchestras.

Don’t interpret my criticism here as opposition to Civil War battle reenactments or to performances featuring piano concertos in downtown Louisville, which I attend when possible.

But conscientious citizens will question whether Frankfort should force Kentucky taxpayers rebuilding their lives in post-tornadic Dawson Springs or flood-damaged Breathitt County to fund Beshear’s reelection campaign – er, symphony of spending – for programs they’ll never attend or for groups that ought to pay their own way, including $750,000 for the chamber of commerce in rural Hart County.

However, the biggest objections are the timing of – and reasoning for –  these spending demands.

It's one thing to tweak existing policy, which, as legislative leaders note, is a primary purpose of shorter General Assembly sessions in odd-numbered years.

However, absent a real crisis, it’s disrespectful to demand opening the budget to add tens of millions in additional spending during a non-budget session – as Beshear proposed during his recent State of the Commonwealth address to the General Assembly  – especially when it’s designed primarily to score political points.

Our constitution’s creators deemed that budget sessions should be held in even-numbered years for 60 days – twice as long as non-budget sessions – providing adequate time to wholistically consider two-year spending plans rather than cater to individual politicians’ pet projects or campaign schedules.

“The governor knows that any spending like he is talking about must be dealt with in a budget year,” Sen. Chris McDaniel, a Ryland Heights Republican who chairs the Senate Appropriations and Revenue Committee told LinkNKY after the governor’s speech. “This plan reeks of political posturing for (his) race in November.”

It’s also “terrible” to make half-baked, even faulty, claims in support of such attempted political rascality.

For instance, in pushing a 5% pay raise for all teachers, Beshear claimed in his recent speech that “just over the last year, Kentucky dropped from No. 42 to No. 44 in teacher pay.”’

Even the governor’s besties over at the teachers’ unions don’t claim the sky has fallen that far.

In an annually released statistical report from the National Education Association, America’s largest teachers’ union, the estimated average salary of Kentucky’s public school instructors during the 2021-22 school year was $54,574, which ranks No. 37 among the 50 states and District of Columbia.

What does fit into a “40’s” ranking is Kentucky’s per capita personal income, which the federal government’s Bureau of Economic Analysis reports was $51,266 in 2021, ranking No. 46 in the nation.

A fair and comprehensive look at this data reveals Kentucky’s teachers in 2021 were getting paid over $3,000 more than the average Kentuckian earned.

Also missing from Beshear’s narrative is any acknowledgement that the legislature in 2022 increased funding significantly for local school districts, which can use those dollars in ways to fit their local needs, including increasing teachers’ salaries.

Hopefully, the legislature won’t allow Beshear’s poorly composed “Symphony in D(ud) Minor” to play in its chambers this session. Instead, a  “Concerto in S&R,” that is “Savings” and “Responsible budgeting” would be music to Kentucky taxpayers’ ears, even – especially – during an election year.

Jim Waters is president and CEO of the Bluegrass Institute for Public Policy Solutions, Kentucky’s free-market think tank. Read previous columns at www.bipps.org. Reach him at jwaters@freedomkentucky.com and @bipps on Twitter.