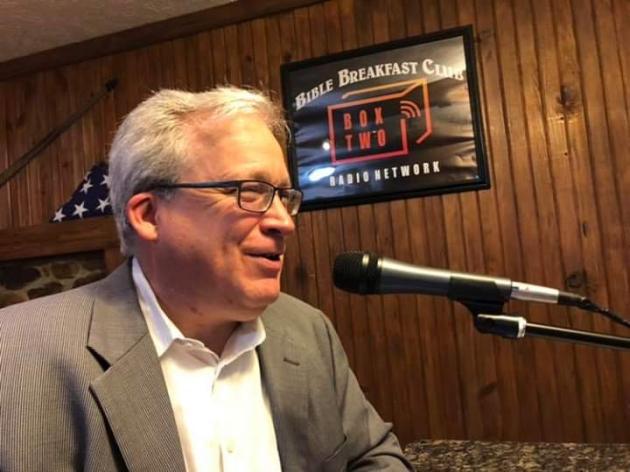 Leadership provided by the chairmen of the General Assembly’s Appropriations and Revenue committees – Rep. Jason Petrie, R-Elkton, and Sen. Chris McDaniel, R-Ryland Heights – over the past couple of years resulted in building arguably the strongest Budget Reserve Trust Fund, otherwise known as a “rainy day” fund, in Kentucky’s history.

Until 2021, the situation was just the opposite.

According to the Tax Foundation’s assessment in April 2020 of the health of states’ savings accounts, Kentucky was one of five states with less than a week’s worth of operating costs in reserve.

While it’s unlikely any state would have to operate solely on those funds, economists consider it a meaningful approach toward determining the adequacy of states’ reserves and making apples-to-apples’ comparisons of the capacity of their economies to weather downturns without resorting to tax increases or deep spending cuts to fixed priorities.

While states growing their savings has become a trend across the nation, Kentucky’s growth is most impressive.

The Pew Charitable Trusts in an update last month reported that reserves grew in more than two-thirds of all states during the 2021 fiscal year with Kentucky standing out by growing its fund to nearly two full months’ worth.

This far outdid California, which, with an increase of 40 days, demonstrated the second-greatest increase in the amount of time it could operate solely on its savings.

Combining the analysis from the Tax Foundation in 2020 and Pew’s look at the FY ’21 figures, it’s apparent that Kentucky has put the rainy day fund pedal to the medal – climbing from a reserve fund which, if it hadn’t been for New Jersey, Pennsylvania, Illinois and Kansas, would have been the nation’s weakest in 2020 – to its 12th-strongest last year.

Pew’s research confirms this dramatic jump, showing how Kentucky quickly rose past the 50-state median during the two most recent budget years since having less than a week’s worth of reserves less than 18 months ago.

Let’s keep that pedal right where it is, ensuring Kentucky remains much-better prepared than in the past to deal with future inevitable revenue fluctuations and unforeseeable circumstances.

While the progress made is praiseworthy – including changing the discussion in Frankfort from how much of the state’s reserves to spend to, instead, how much to save – the next step is to develop a statutory framework so that the rainy day fund becomes more than an account with money tucked away.

It needs to become “an ongoing commitment with clear guidelines on how to manage it, in good times and in bad,” writes Andrew McNeill, visiting policy fellow at the Bluegrass Institute who’s collaborated with lawmakers to make strengthening reserves, and thus improving Kentucky’s economic competitiveness with benchmark states, a high priority – on par with tax reform.

Even the legislation passed during this year’s legislative session designed to ultimately phase out Kentucky’s individual income tax through a series of 0.5% reductions – starting with dropping the rate from its current 5% to 4.5% in January – indicates that maintaining a beefy rainy day fund is a continuing legislative priority by requiring that reserves amount to 10% of certain General Fund receipts at the end of a budget year.

Both House and Senate leaders praised the work done by the committee chairmen in leading the way toward a budget that uses surplus dollars to bolster Kentucky’s reserves.

However, the greatest praise of all will come from future generations who reap the benefits of their forebearers having put in place – in statute – a framework ensuring that sufficient reserves weren’t just a one-time gift but an enduring buffer against economic uncertainty.