Jenkins Inducted Into Hall of Fame 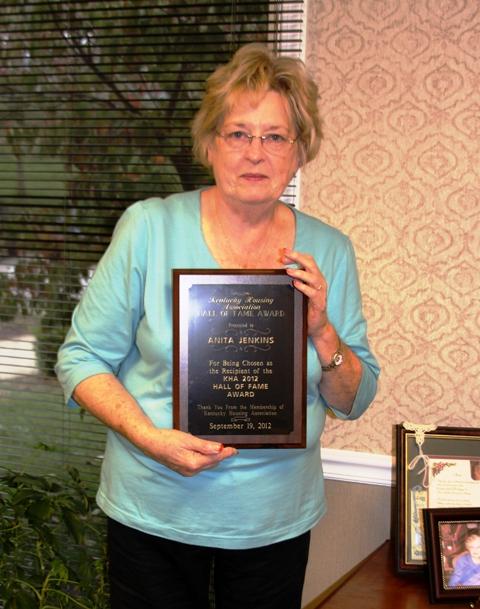 One of our own was honored a few weeks ago, Mrs. Anita Jenkins was inducted into the Kentucky Housing Association Hall of Fame.  Jenkins became the first recipient in the Hall of Fame.She was selected by the members, representing 105 agencies from across Kentucky.

“There was no doubt who the first recipient would be,” said Kathylynn Gray, president of KHA, during the presentation of the award to Jenkins.

The presentation was held during the 2012 Annual Conference in Louisville, Kentucky. Jenkins received a plaque and is possession of the traveling plaque for one year.  She has served the association as president for two terms as well as several other positions.  Jenkins has been the South East Representative, covering 10 states, and currently serves on the Legislative Committee.