Jeff Jennings to be new principal at North Butler 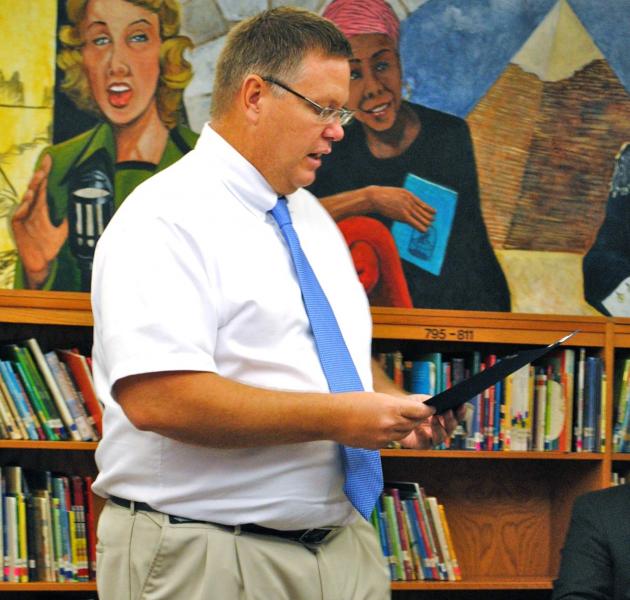 Butler County Middle School Principal Jeff Jennings has been named the new principal at North Butler Elementary School.  Jennings will replace long-time principal Elaine Daugherty, who announced her retirement at the end of the 2011-12 school year.

According to school officials, the North Butler Elementary Site-Based Decision Making Council held a special-called meeting this morning - Friday, June 8 - for the purpose of interviewing applicants for principal, discussing applicants, and possibly selecting a new principal.

In an email message sent to staff earlier tonight, Jennings confirmed that he had been selected as the new principal at North Butler Elementary.

"I applied, interviewed, and accepted the Principal position at NBES," said Jennings, who served as assistant principal at BCMS for one year before taking over for then-principal Scott Howard, who was hired as superintendent.

Although eager for the new challenges facing him as principal at North Butler, Jennings spoke kindly about his time at BCMS.

"I believe BCMS is a great place only because of the great people who have committed the professional lives to the young people of our community," said Jennings.

With the departure of Jennings, BCMS will now begin the process of selecting a new principal.

Stay conncected to Beech Tree News for more on this story as it becomes available.